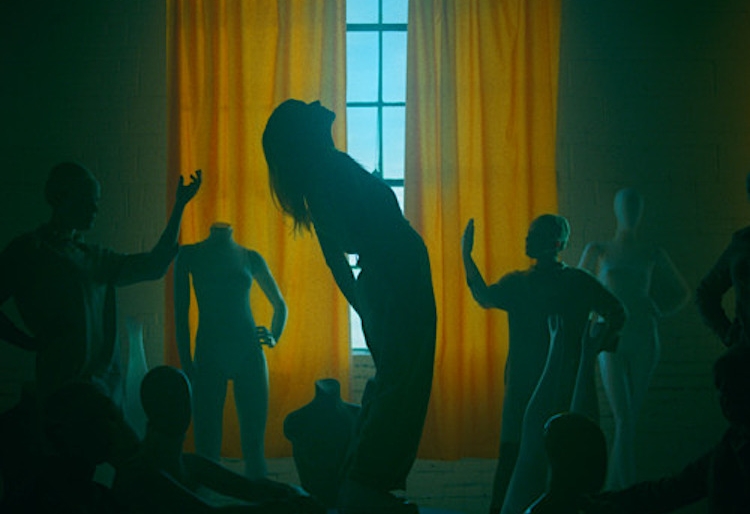 In June, Klô Pelgag released one of the most captivating pop albums of the year. Notre-Dame-des-Sept-Douleurs is the Quebecois chamber-pop artist’s third full-length LP, and even though I can’t understand a single word of it, the forward-thinking production and grandiose scale of the project instantly enamored me.

The album is rooted in orchestral instrumentation, with swelling strings and blaring brass set against more traditional synth-pop sensibilities, like a Kate Bush record that’s more pop-oriented and more accessible. Some of the arrangements are breathtakingly genius: “Rémora,” for example, opens with a simple yé-yé-esque melody, before an epic choral and orchestral crescendo adds layers of darkness and tension, exploding the song back into sophisticated French pop.

Recently, Pelgag released a music video for “Mélamine,” one of the most poppy-sounding tracks on the record. Pelgag sings a delicate-yet-catchy hook as a behemoth synth line buzzes beneath her with a furious energy. The new video captures this chaotic energy, showcasing frenzied, orange-haired women dancing, wading into the ocean, and lying in a pile of mannequins.