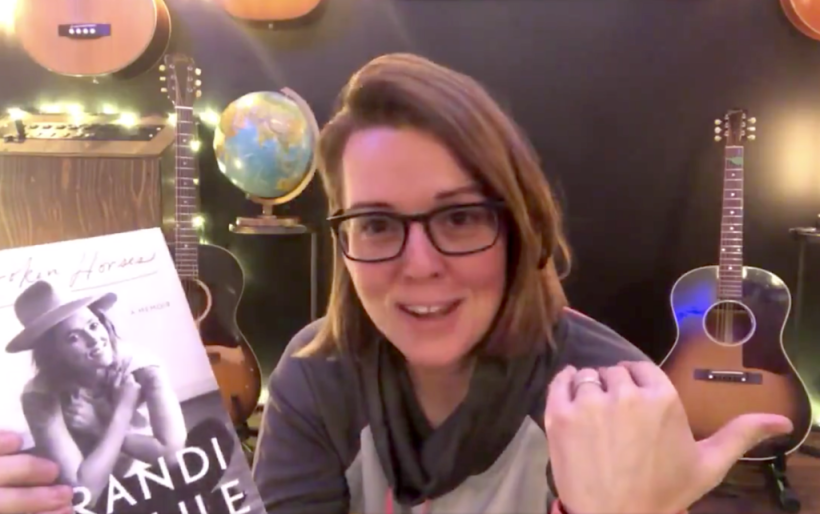 Singer-songwriter favorite Brandi Carlile has always told personal stories through songs, but now she’s opening up about her life in a book.

Today on Twitter, Carlile announced Broken Horses, a memoir about her music, her life, and how they shaped one another. It will be released on April 6th, via Crown Publishing, and is available for pre-order here.

“I didn’t know what I was doing at first,” Carlile says in the video about her process of writing. “I’ve always told long, crazy stories from stage, and I found that talking about the strangeness and hilarity in my life was almost as cathartic to me as the songs that follow.”

But working on the book, she said, led her in surprising directions. She thought it was going to be about her music, first and foremost. “But when I started mining my soul for the origins of certain pivotal songs, I found a lot more in there that wasn’t coming through in the songs themselves.”

Though she says she was uneasy with the project being viewed as a memoir, she came to terms with that description, and inspired by books like Jeanette Wall’s The Glass Castle and Tara Westover’s Educated, Carlile says she chose to present a vulnerable and totally honest account of her life — from struggles with addition and poverty to insecurity at school.

Ultimately, she says it’s about “how in the hell my dreams turned into plans and somehow became reality.” Watch the video below and find out more here.

“Broken Horses” is available for preorder now! There are a limited number of signed copies. Head to https://t.co/esOqe4PTlN to go get them! #BrokenHorses �Ö pic.twitter.com/DmRjTIzNDk