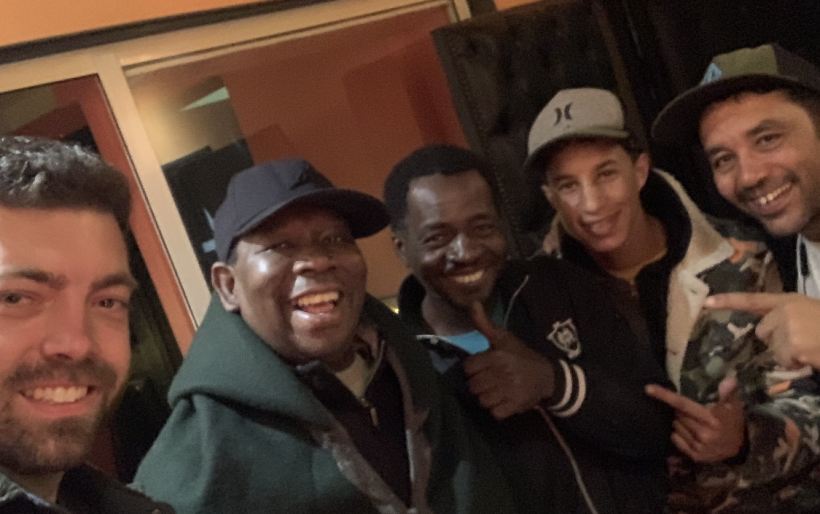 Temple alum and prolific DJ Ben Arsenal has been a staple in the Philly club scene for years. In 2011, Arsenal co-founded Worldtown, “a collective of global musicians and artists, raising the bar for what it means to be creative changemakers,” and has been making music with the collective’s band, the Worldtown Soundsystem, since then. Now, he’s taken his chops to Morocco, collaborating with Moktar Gania & Gnawa Soul to remix their track “Alla a Soudane.”

The original “Alla a Soudane” is from the tradition of Gnawa music, a form of Moroccan and sub-Saharan African art. Gnawa groups are led by maalems, who guide the ensemble through each iteration of the verses. Moktar Gania is the maalem for “Alla a Soudane,” and plays the gimbri, a core component of Gnawa music.

Ben Arsenal’s flip of the North African song adds a pulse-pounding beat underneath the gimbri and vocals, turning the track into a club-ready house track. He also slots in some bombastic brass flair, fitting perfectly next to the psychedelic guitars already present in the original mix. The end result is a totally unique and deeply catchy fusion of Moroccan and American music.

In a post, Moktar Gania writes “This music is from my story. My father and brother who were great Gnawa Maalem (masters) passed it on to me. It’s an ancestral history that has been passed down from generation since the beginning of time.”