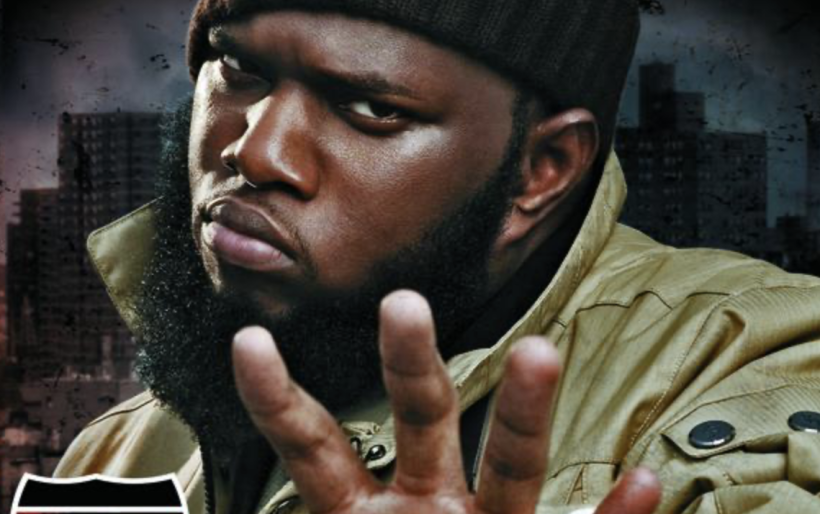 Sometimes following the success of your debut album can be difficult, especially if your situation was similar to Philadelphia hip-hop icon Freeway.

Whether it was killing features or going on radio stations and lyrically guillotining any foe of his record label Roc-A-Fella Records, the North Philly MC had built a reputation in the early 2000s for his wordplay and a flow that might be one of the most unique flows of all time. He even backed those skills up with his debut album Philadelphia Freeway on February 25, 2003.

The Philly classic album that was majorly indebted Roc-A-Fella in-house producers like Just Blaze, Bink!, and Kanye West and featured classic singles such as “Flipside” (featuring Peedi Crack), and the Philadelphia national anthem “What We Do Is Wrong” (featuring Jay-Z and Beanie Sigel). The success of Philadelphia Freeway ended up getting Freeway his first gold album. Sadly the Roc-A-Fella knight would have to follow that success with his sophomore album Free At Last after the end of a dynasty.

“I’ve been rhyming since the 90’s, been on it since 01/Got 300 niggas dats ridin I’m leonadis/I am coming for the title/Take the best rapper, hang from his feet an dry em/Iron sheet clothes line em”

Thirteen years ago, four years after the release of Philadelphia Freeway, Freeway finally dropped his long-awaited sophomore album Free At Last on November 20th, 2007. During that time, Roc-A-Fella Record founders Jay-Z, Dame Dash, and Kareem Burke had sold their 50% interest in Roc-A-Fella and gave full ownership to The Island Def Jam Music Group. During an interview with Angie Martinez, both Freeway and Beanie Sigel stated how the break up took a toll on them and also played a part in the hold on their careers at the time.

That lack of support is probably why Freeway reached out to 50 Cent to work on Free At Last. In an interview with Hip Hop DX , Freeway stated that initially both 50 Cent and Jay-Z were set to co-executive produce the album; while both were featured. The project, however, ended up solely a Roc-A-Fella release, with 50 giving up his co-executive producer’s role. While the support behind Freeway had changed, Free At Last showed that his ability to make good music remained the same.

“Uh, take a walk with the dyin skills that define art/Move with lethal straight from my mind’s thoughts, I define smart/Nigga try me, I leave ’em dearly departed
Civilians or artists, arsenals’ awesome, I leave your man chalked”

Walk With Me ft Busta Rhymes and Jadkiss

On “It’s Over,” Freeway acknowledges that Free At Last doesn’t have production from the two Roc-A-Fella titan producers Just Blaze and Kanye West, who produced a huge chunk of his debut album. However, throughout the album, he showed that he didn’t and never needed the assistance of a legendary producer to be a legendary MC. A small portion of Free At Last does have that old Roc La Famila feel on it with songs like “Still Got Love,” and “When They Remember,” produced by Bink! and features that include Roc-A-Fella CEO / label mate Jay-z on “Roc-A-Fella Billionaires” and Roc-A-Fella ally Scarface on “Baby Don’t Do It.”

Though it was great to hear the sound that introduced Freeway to the world, it was great to see how he had the ability to rhyme on production that came from the hottest producers at the time like JR, Rotem, Cool & Dre, and Don Cannon on tracks like “Take It to the Top” (featuring 50 Cent), “Lights Get Low” (featuring Rick Ross), and “Walk With Me” (featuring Busta Rhymes and Jadakiss). Since the beginning of his career, Freeway has always aimed to make soulful hip hop music that’s from the streets that touch the hearts of his listeners, and Free At Last stayed on course with that target. Not only did Freeway provide street bangers like “Free At Last,” “Nuthin on Me,” and “Walk With Me” — that were Cosmic Kev approved — he also brought raw emotions that any person with a heart can feel.

Freeway lets it all out and reflects on the life-changing events in his life in the first song, “This Can’t Be Real” (featuring Marsha Ambrosius). From growing up a young Muslim kid running around the streets of North Philly, to meeting Beans (who connected him to Roc-A-Fella), to it all coming to an end at the height of your career, is so wild that it’s hard to believe it to be true. At the end of the album, Freeway comes back to memory lane and looks back at past events in his life that brought him to tears on “I Cry.” The baby gorilla of Roc-A-Fella ended the project as vulnerable as possible and shared moments that can make a man shed tears like losing both grandparents and close friends at a young age, watching your son being born, but also not being able to see your daughter being born because you’re locked up in jail.

Unfortunately, Freeway has had more recent things to grieve about. A couple of weeks ago on October 28th, 2020, the beloved hip hop artist was struck with the terrible news that his son Jihad Pridgen had passed away. WXPN and Philly continue to send our prayers and condolences to one of our hometown heroes.

“And I still got love like a father for his son when his son’s six feet deep/Damn/And he just got the call, outta no where, with no time to grieve”

The late Nipsey Hussle once said on the Rap Radar podcast that the good thing about Digital Streaming Platforms is that they made classic albums more appreciated. I never and still don’t look at Free At Last as a classic album, just a pretty good one that went unappreciated due to lack of industry support. So hopefully the value of this album has increased over time, due to folks like myself who still love listening to Freeway’s second album. They say that good music will stand the test of time, and if that’s true then Free At Last still stands proudly thirteen years later.

Listen to Freeway’s album Free At Last below.