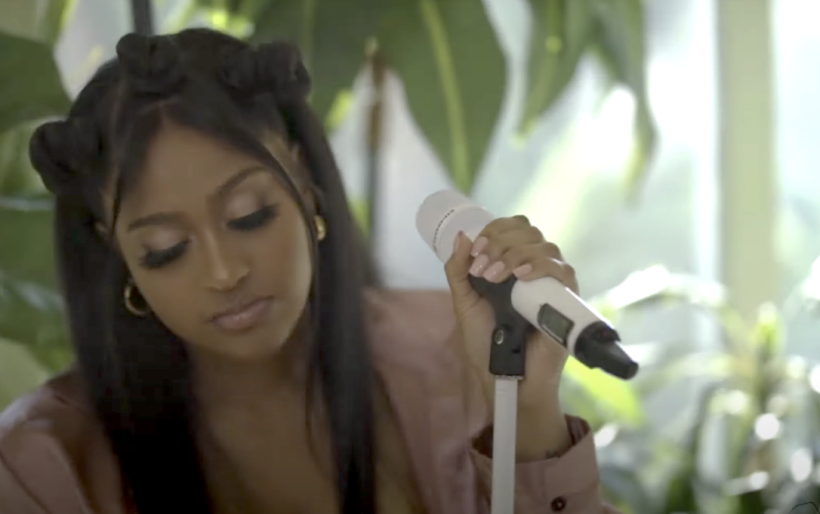 Philly R&B singer-songwriter Jazmine Sullivan is an expert at conveying the sensations surrounding heartbreak, and her new song wastes no time diving in.

Released earlier today, “Pick Up Your Feelings” grooves to an urgent midtempo beat, a funky bass, and soaring harmonies on the chorus, as Sullivan sings about reclaiming one’s identity in the wake of a romance’s end. The title is a command directed at the heartbreaker as much as the heartbreakee, and lyrics like “I got no room for extra baggage” have double meanings as Sullivan sings of emotional and personal transformation.

“I deserve so much more than you gave to me,” she sings midway through the song. “Now I’m saving me.”

The studio version of the song was released alongside a stunning stripped-down performance video shot in a verdant greenhouse, featuring versatile Philly guitarist Simon Martinez (most often seen with Killiam Shakespeare) as well as vocalists Alisa Joe, Ayana George, and Natalie Imani.

“Pick Up Your Feelings” will appear on a new album Sullivan will release on RCA this winter, per Pitchfork; it’s her first since 2015’s excellent reality show, and will also include “Lost Ones,” the single she released earlier this year.

Listen to “Pick Up Your Feelings” and watch the performance video below.