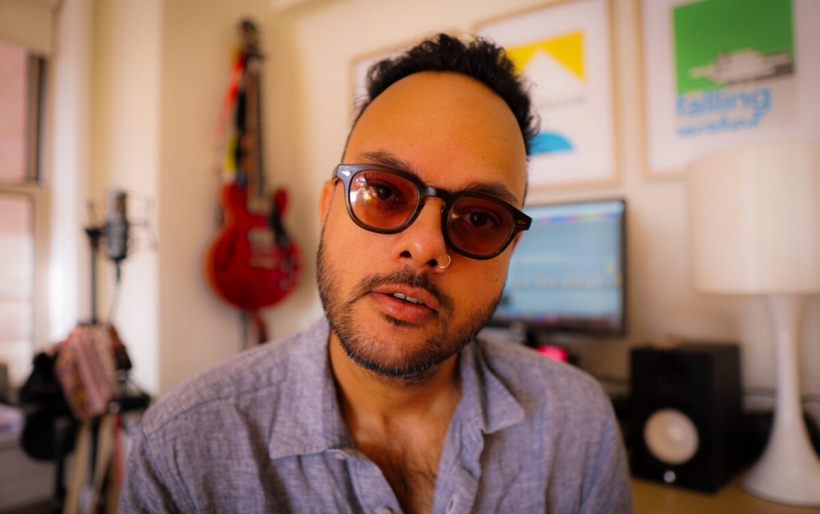 Lushlife | photo courtesy of the artist

Raj Haldar, aka Lushlife, has had a career as varied and offbeat as his music. Since 2009, he’s released a number of musical projects, including 2016’s Ritualize, which featured tracks with Killer Mike and Ariel Pink, a single with harpist Mary Lattimore, 2017’s My Idols Are Dead And My Enemies Are In Power, and 2018’s The Skull Eclipses, a collaborative album with Denton, Texas producer Botany. Since his project as The Skull Eclipses, he’s traded East Coast-influenced (often politically charged) hip-hop for children’s books: his first effort — P Is For Pterodactyl: The Worst Alphabet Book Ever — spent 6 months on the New York Times’ bestseller list. He’s also working on a TV series inspired by his books, and a horror-influenced show, called Cult of Aghori.

Most recently, though, he’s pivoted back to music. Lushlife’s newest EP, Redamancy, will be released on February 9th, and the Key is excited to premiere the first single off the new project, “Hessdalen Lights.”

“Hessdalen Lights” features Dirty Projectors’ Felica Douglass, who also joined Haldar on “Pillars” from The Skull Eclipses’ project. “On Redamancy, I wanted to focus on the production side, creating an avant-pop backdrop with a hypnotic modern classical horn figure underpinned by big room, dancehall drums for Felicia to shine on as a featured vocalist,” Haldar explains.

Redamancy is described as ” classic east coast hip-hop in the context of an astral jazz synth odyssey,” which is instantly apparent from the first moments of “Hessdalen Lights.” The track opens with smooth trumpet and sax lines, immediately giving the track a jazzy flair. Haldar doesn’t waste time with his raps: the first verses on the song are delivered freely, with dizzying proficiency. Haldar’s dexterous bars turn into a droning chant of “Big dreams / ball hard,” set against Douglass’ beautifully airy vocals. Drums don’t kick in until almost two minutes into the track, where they eventually ground the extraterrestrial feel in a dancehall groove. Between the sparse mix, tinkling synth lines, and extended drum-less sections, “Hessdalen Lights” feels as weightless, vivid, and curious as its namesake.

Lushlife’s “Hessdalen Lights” is out today. Check it out below. Redamancy, Lushlife’s upcoming EP, Redamancy, will be released February 2021 via Fortune Tellers.