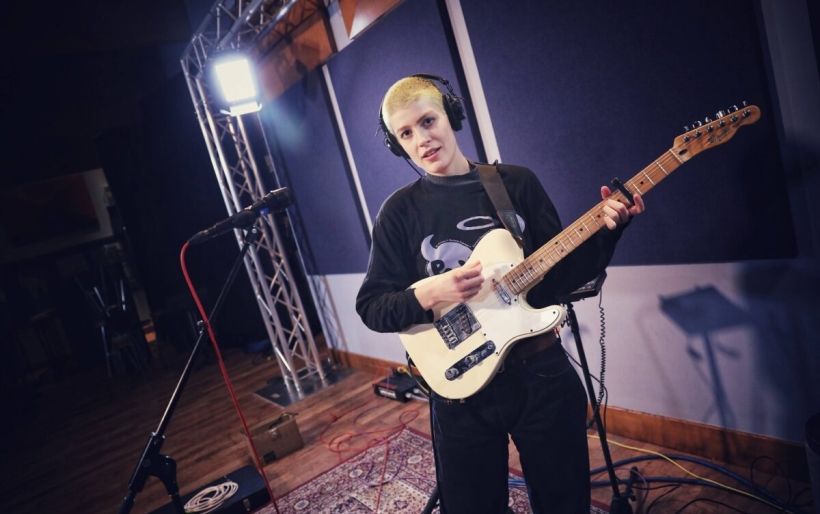 Brighton four-piece Porridge Radio emerged anew with the release of their 2020 LP Every Bad. The album marks a distinct shift in sound from the band’s previous LP, not so much in its style but rather in a more freshly fine-tuned approach to the familiar parts of their post-punk sound. The reintroduction brought by their celebrated Every Bad makes it feel right that they’ve also re-recorded their 2017 holiday Single “O Christmas” that keeps the track’s meaning intact, while expanding the song in clearer production and newly whimsical instrumental arrangements.

“The Last Time I Saw You (O Christmas)” isn’t a traditional Christmas song. Its lyrics don’t speak to joy or warmth; rather, they take an approach often not spoken about in holiday songs.

The band spoke about the track via Instagram, “It’s a song about having a miserable time every Christmas and the same cycles of heartbreak and depression endlessly repeating themselves.” This emotional outpouring can be heard both in the angst of lead vocalist Donna Margolin’s raw tones and the repetitive “again” within the lyrics emphasizing the dread felt toward this time of year, ”I feel it coming around again / I feel you coming around again / Merry Christmas, Merry Christmas Again.”

“The Last Time I Saw You (O Christmas)”  is special, feeling like a track that can be listened to all year round but carries special meaning during the holidays and offering a different take on Christmas music for those who don’t always feel joyous during those times. Check it out below.