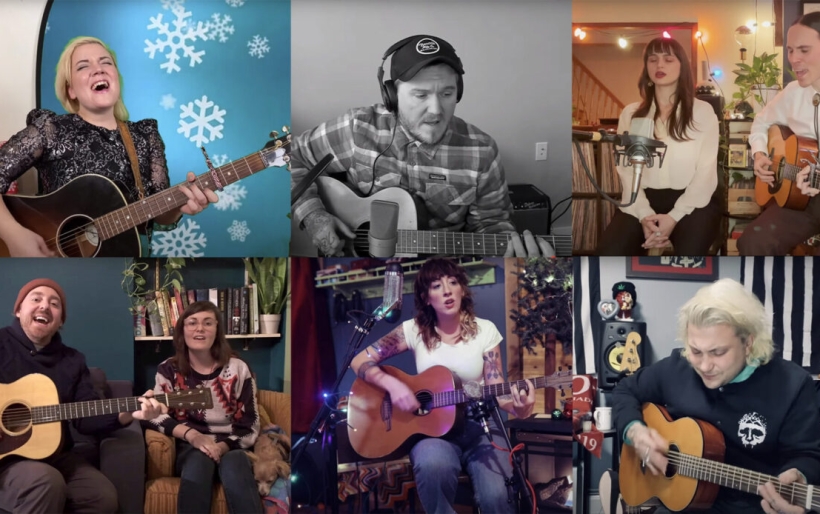 In non-pandemic times, Philly singer-songwriter Roger Harvey would be on a short tour right about now, visiting various cities around the U.S. for his in-the-round style Roger Harvey & Family holidayshows. These gigs give him the opportunity to shine a light on some of his under-the-radar tourmates, as well as team up with major players in the U.S. DIY scene for short, pop-up performances.

With touring grounded since March and everybody blessed / cursed with an abundance of free time, Harvey tapped in to his Family Holiday Show network to bring the experience to a massive livestream that aired on Saturday night.

The full concert is streaming until December 26th, and you can watch it below.