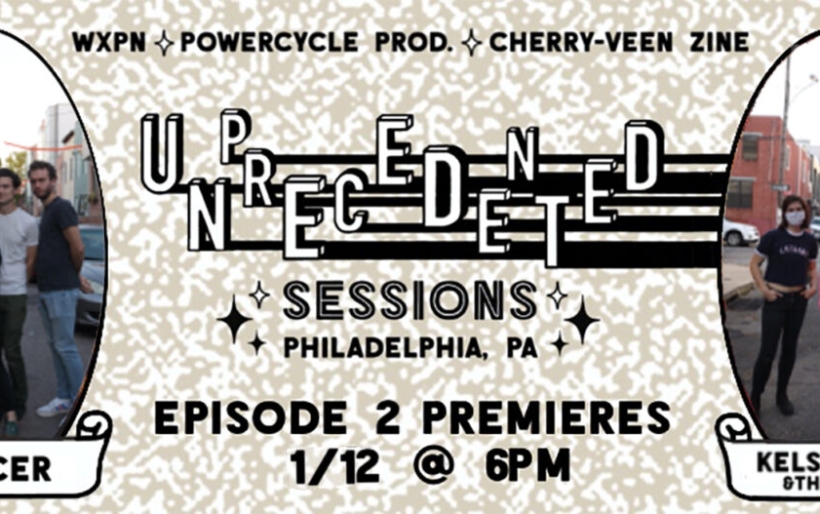 It might be a new year but there are still no signs of concerts coming back any time in the immediate future. That’s why we’re excited to bring you the second installment of Unprecedented Sessions, a collaboration between WXPN, Cherry-Veen Zine and Power Cycle Productions that brings you live music for unprecedented times.

The series debuted in December with a performance by emospacebird. and Barney Cortez, recorded live at Ortlieb’s. The second episode features indie rock favorites Grocer — who put out the stellar, Pixies-esque Little Splash LP last year — and Kelsey Cork & The Swigs — who are gearing up to release their debut EP Weird Bones in January 15th, following an impressive run of singles over the past couple years.

The performances were captured live in Grocer’s Lot in South Philadelphia by WXPN, CVZ shooting video, and Power Cycle Productions running sound; it will broadcast via Facebook on Tuesday, January 12th at 6 p.m. EST. Check out music from both artists below!