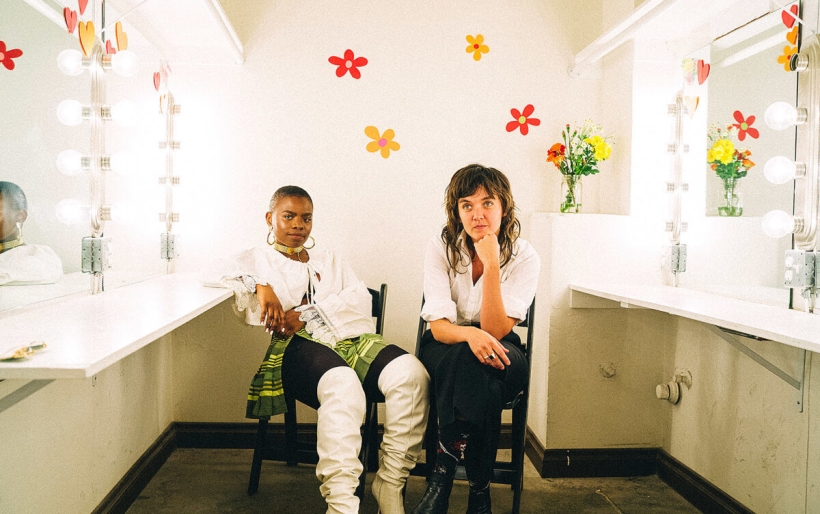 American folk singer Tim Harden recorded and released his song “Reason To Believe” in 1965, and it’s been covered over a dozen time in the decades since. The Rod Stewart version that closes his 1971 album Every Picture Tells A Story is probably the most popular, and it’s also been recorded by The Carpenters, Johnny Cash, Wilson Philips, and Neil Young.

A 1966 recording of the song by Greenwich Village folk scenester Karen Dalton provided inspiration to tourmates Vagabon and Courtney Barnett to make their own cover of Hardin’s song about betrayal, self-doubt, and faith.

Vagabon’s Lætitia Tamko says in a press release that “I became obsessed” with Dalton’s version, released eight years ago on a rarities collection called 1966, and so a few days after first hearing it, “I was encouraged to record a cover of it in my garage.” She played it onstage with Barnett while playing Los Angeles’ Palace Theatre on Valentine’s Day, 2020, a month prior to the Coronavirus lockdown. “It was fresh in our brains then so not long after the show, CB came over and we recorded her parts,” says Tamko.

Their version of song takes the minimal acoustic structure of Dalton’s version and adds a bit of swooping, “Fade Into You”-esque slide guitar performed by Oliver Hill; Tamko’s plaintive vocals are joined by Barnett’s gentle harmonies, keeping the song hushed and powerful as they sing “If I gave you time to change my mind, I’d find a way to leave the past behind / knowing that you lied straight faced while I cried. Still, I look to find a reason to believe.”

“I’m a huge fan of Vagabon and Karen Dalton so this was a dream,” says Barnett. “They both have a voice that absolutely knocks the wind out of me. I really admire Laetitia and am constantly inspired by her songwriting, production, and our sporadic FaceTime chats.”

Listen to the cover and watch a music video below, set to 8 mm footage of the California desert. Vagabon’s self-titled release was named one of The Key’s 20 albums you shouldn’t overlook in 2019, while Barnett played a Free at Noon concert during NonCOMM of 2018 in support of her latest offering, Tell Me How You Really Feel.