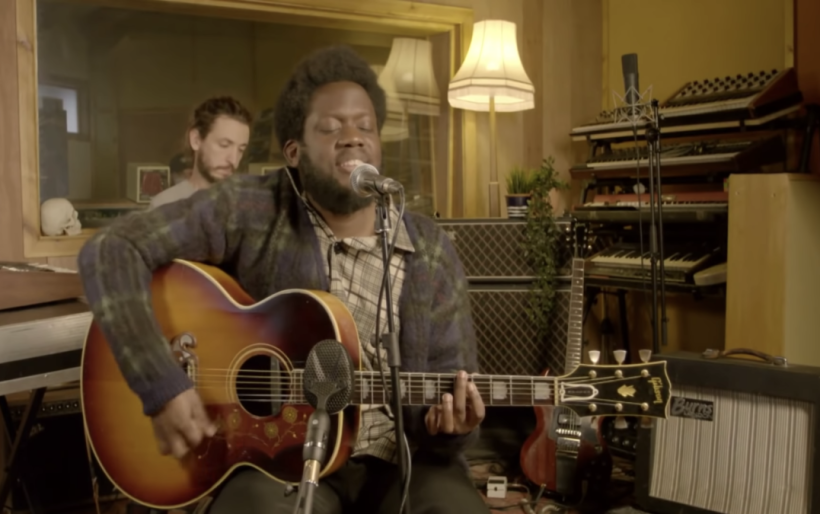 Michael Kiwanuka appeared as the musical guest The Tonight Show with Jimmy Fallon last Wednesday, and his acoustic rendition of “You Ain’t The Problem” provided a much-needed escape on an anxiety-inducing day. Performing remotely from London, Kiwanuka was accompanied by his band member Steve Pringle on keys. Watch below.

“You Ain’t The Problem” is off the British songwriter’s most recent album, KIWANUKA, which came out in late 2019 and is now up for a Grammy Award for Best Rock Album. (The Grammys, originally scheduled for this month, were recently postponed to March 14). Kiwanuka was honored with the 2020 Mercury Prize for the album.

Kiwanuka talks about the making of the album in a new short documentary film by Jodie Canwell. It features footage from his London studio and European and US tours. Watch here.