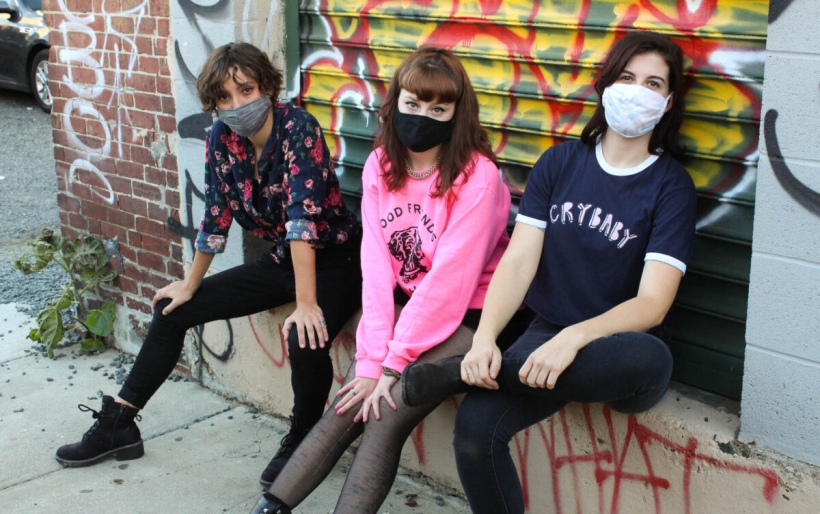 Philly power trio Kelsey Cork and The Swigs got 2021 off to a kickass start this week, first with their Tuesday performance on the Unprecedented Sessions livestream, and today with the release of their debut EP Weird Bones.

The band is the project of singer-guitarist and songwriter Kelsey Cork, backed by Jacinda Arellano on bass, and currently featuring Nolee Morris on drums; the EP also features founding drummer Ramon Gadea, who played on the band’s two early singles.

Vibe-wise, Weird Bones is a raw, raucous, and so so very fun mix of garage, punk, rockabilly and other punchy genres that go well with shots of whiskey and late nights on the town — which, hopefully, will return sooner rather than later. Cork’s lyrics are witty observations of life in the 2020s, from the funny-but-not-ha-ha-funny ennui of a gripping jam called “The Void Song,” to study of the divisions of capitalism on “Center City Blues” (“Who’s looking down, who’s looking down on who”); their scene even gets a shoutout in the opening rager “ECRNR” (short for “East Coast Rock and Roll”).