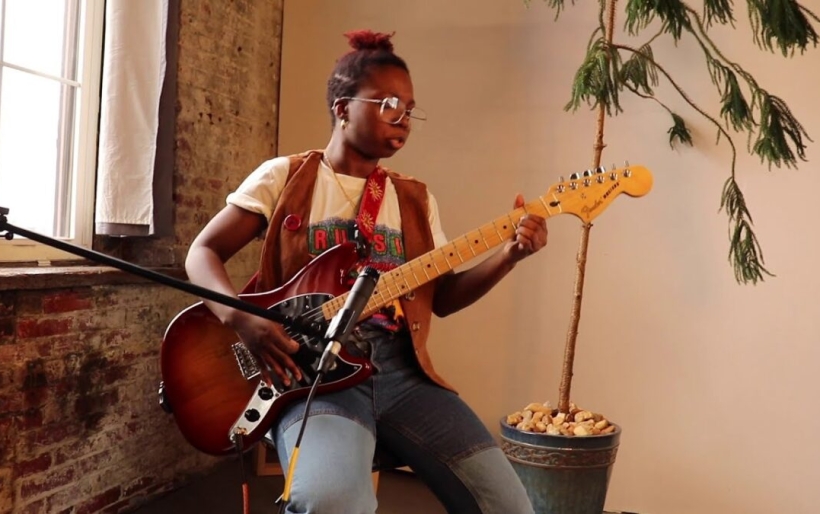 emospacebird. performs a haunting version of “I guess that’s the joke” on Up And Ovr

As with all of her music, Dillard performs alone, and this rendition of “I guess that’s the joke” strips the song down to its barest bones. Performing in a near-empty room, Dillard leaves behind the funky keys, bass, and drumbeat featured in the original recording, using only her voice and a guitar to play the song at a slower tempo. Dillard’s experimental songwriting blends perfectly with the minimalistic setup, resulting in a haunting and atmospheric rendition of her song.

Watch the performance below and listen to the rest of “the royal metamorphose” on bandcamp.