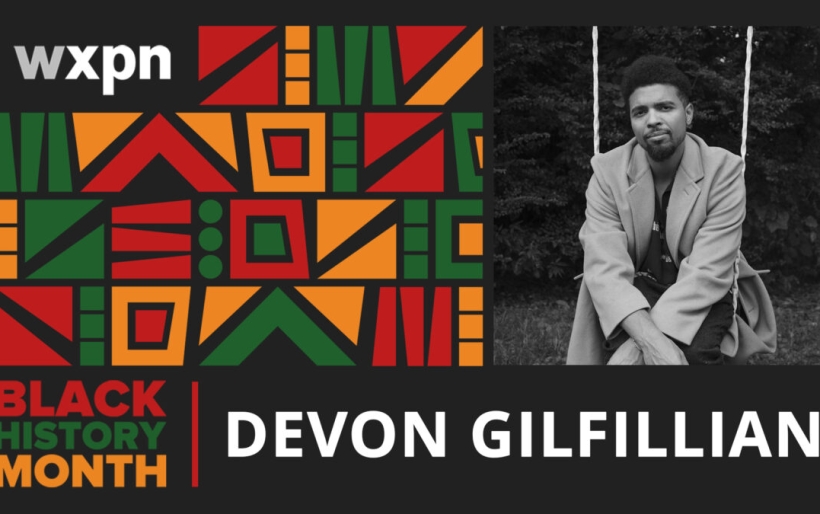 Devon Gilfillian | photo by Jacqueline Day | courtesy of the artist

For the month of February, in celebration of Black History Month on XPN, we’re presenting a new series called Black Inspirations. We’ve asked contemporary Black artists to share some of their influences from the Black music vanguard. The series continues today with a testimonial from Devon Gilfillian.

Pennsylvania-raised, Nashville-based singer-songwriter Devon Gilfillian released his Grammy-nominated debut album Black Hole Rainbow at the beginning of last year, and by fall he was paying tribute to one of his heroes. In October, he’d released a full-album, song-for-song cover of Marvin Gaye’s timeless What’s Going On. When we asked him to talk about one of his musical inspirations, he naturally went with Marvin, and here’s what he had to say.

I couldn’t think of anyone who has inspired me more as a singer and an artist than Marvin Gaye. The way he paints sound with his layers of vocals, the mixing and molding of genres, and the weight of his words inspire me completely. He could make you politically aware in one moment and make you want to make love the next moment, and that to me is so beautiful.

Below, watch Devon Gilfillian’s recent Free at Noon performance; he covers Marvin Gaye’s “What’s Going On” at the 12-minute mark.