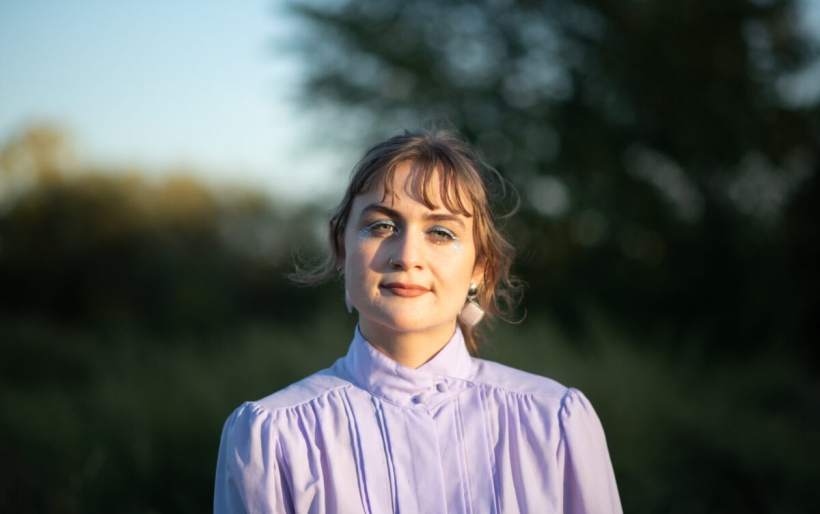 janna | photo by Julia Leiby | courtesy of the artist

Singer/songwriter janna, also known as Johanna Baumann, is no newcomer to the Philadelphia music scene. She has performed locally for a couple years, released an album, and works at Headroom Studio, engineering and mixing for other Philly artists. However, Baumann’s recently released single, “starting gun,” marks a new era for her work.

“starting gun” can best be described as bittersweet. In it, Baumann reflects on what it feels like to have no idea what you’re doing, but the song ultimately comes to a hopeful conclusion on the ending lines of “but in the rain you will find your way / in the night sky you will start to face the day.”

As Baumann tells us:

I wrote “starting gun” about two years ago, soon after I graduated from college and moved to Philadelphia. I was feeling super lost and unsure about what I wanted to do with my life. It’s about waking up and starting your day and not being sure if you can keep going, wanting to have something to follow or hold on to, and realizing that that thing has to come from inside of you.

The song itself is lush in its texture, with layer after layer vying for attention. At the core is sweet singing and a hypnotic guitar part that Baumann explains by saying “I was interested in having a fingerpicked guitar part that could serve as both a rhythmic and a melodic element.” From there, the song builds outward with John Sciortino’s drumwork, a bassline from Max Black, and harmonies from Sam Silbert (and likely some subtle sonic influence from Danny Murillo, who helped to record the song.)

Baumann also revealed that this single is only the tip of the iceberg: “Don’t want to spill the beans on everything just yet, but there is a lot more to come in the next couple of months.”