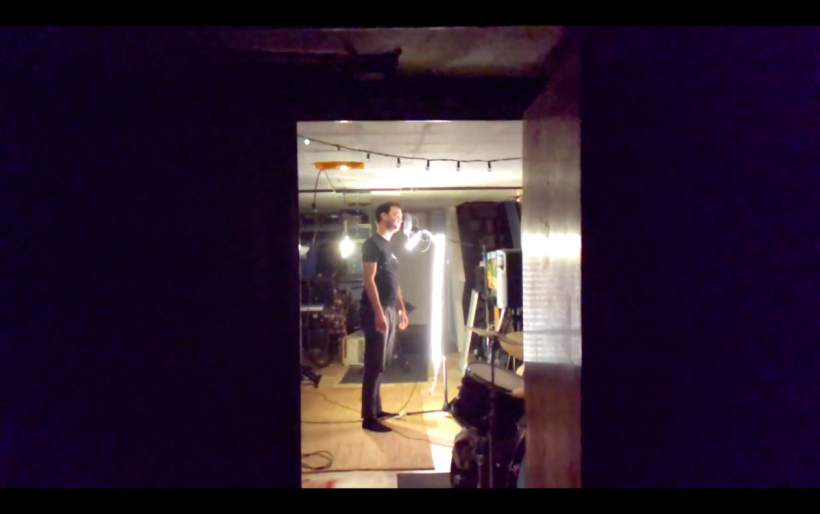 Over the course of quarantine, the experimental art-rock ensemble Upholstery has shown a great deal of creativity in filming and releasing new content. Back in June they started up their Quaranteam series with a video of the group performing “Aten Impaled” and followed it up shortly after with “Eddie’s Song.” Now they have released the third installment of the series: a cover of Radiohead’s “Nude” with an accompanying music video.

The video, filmed in band leader Jeremy Prouty’s basement and backyard, shows Prouty and bandmate Kate Black-Regan in a series of cinematic shots. Visually, the video plays heavily with shadow and light. The video also has a narrative through-line, but Prouty is mysterious about it: “There is a storyline behind the video but…I would rather let people arrive at their own conclusions”

The cover itself is sonically denser than the original Radiohead version, but still maintains a haunting, resonant quality. Prouty elaborates a bit on the inspiration behind recording the Radiohead cover.

Like a lot of Radiohead stans, this is one of my favorite songs. I re-learned the song last spring and became pretty obsessed with it. I played it at every livestream I did in 2020, and recorded multiple versions of it. It kind of became my theme song for the quarantine.

You can watch the video below and keep up with Upholstery by checking out their Instagram.