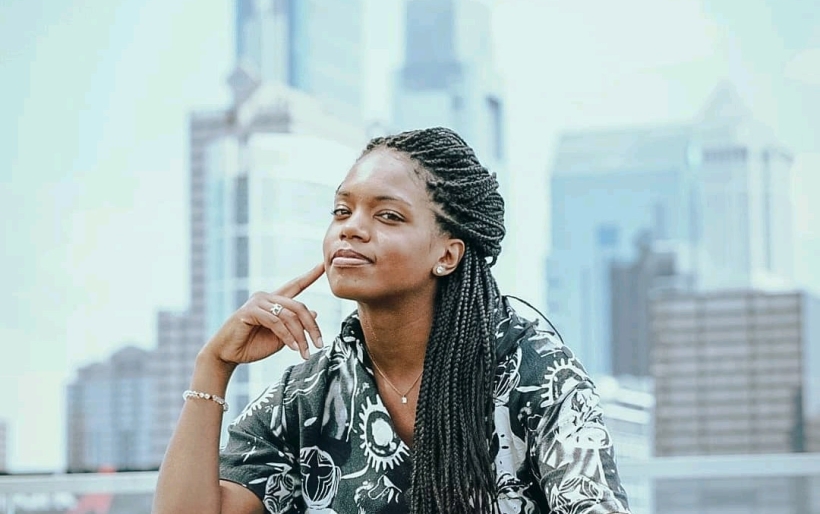 Give Them Their Flowers: Lenora Elaine on Jill Scott, Sonia Sanchez, and the creative legacy of Philly

In a city with such a rich culture of art and creativity, Philadelphia’s spoken word community doesn’t seem to get enough attention. The city is filled with poets such as E The Poet Emcee, Ms. Wise, KP and many more who are known to make magic on stage with just a microphone and their words. That’s why on the second episode of Give Them Their Flowers, I wanted to bring in a dope poet named Lenora Elaine and offer her a platform to give her flowers to those who have influenced her artistry.

If you’re familiar with Philly’s spoken word scene, you’ve probably had the pleasure of hearing Lenora Elaine speak. You can hear hip-hop’s aggressive and witty wordplay in each line of her poetry, which has helped the Minnesota wordsmith win the hearts of the tough crowd of her new hometown ever since she first performed at the legendary Jus Words at Dowling’s Palace. I was able to talk to Lenora about her musical influences as well as how Philly Veteran MC Ms. Jade has the greatest effect on her pen game and delivery.

Read some highlights from our conversation and listen to the full interview with Lenora Elaine below. You’ll also hear her read a poem that inspired her, Sonia Sanchez’s “Liberation Poem,” as well as her original poem “Pablo’s Dream.” (Content Warning: this interview contains strong language, listener discretion is advised.)

…on how poetry and music collide in her world.

The number one reason I moved to Philadelphia was Jill Scott. If that’s not poetry and music, I don’t know. My mother used to play her album Words and Sounds Volume One every day in eighth grade, so I know that stuff like the back of my hand. And so in that, that’s when I first got inspired to do spoken word; when you hear my early poetry, it’s definitely Jill Scott-inspired. And then in eleventh grade, I became a hip-hop head and started studying. I love lyricists, I love good lyricists and good words, and then Jill Scott and hip-hop music and poetry combined.

…on her beginnings as a writer and the components of her pen game.

Battle rapping was my first form of poetry. I used to battle rap the white boys at my school! [laughs] That’s the first time I really started sharing the stuff I was working with. A lot of my stuff is definitely rhyme, but rhythm is a big part of it. And then the poem I’m going to read today by Sonia Sanchez — or Nikki Giovanni, Langston Hughes — they were very much so music plus poetry, in terms of the rhythmic use of words. … So yeah, rhythm, rhyme, and just simplicity when it comes to the diction, too, the imagery I use. I want to refer to things that really resound, but also are easy to understand. So, deep, but still easy to understand — that’s one of my main goals.

…on the reception she got as a poet new to the Philadelphia scene.

When I came to Philly, Ms. Wise’s open mic was the first thing I saw, and I said okay, I’m going. So I performed a poem, and people was feeling it. I really did not expect Philadelphia to embrace me the way that Philadelphia has, because poetry, I was telling my friend the other day, I don’t want to be there sometimes. I just be letting the spirit use me; poetry has been my healing space, and I’m grateful that people want to hear me. And Philadelphia’s a tough crowd to win! I go other places to perform, it’s easy claps snaps. Philly’s like, “hmm, let me see.”

…on Philadelphia’s standing in the art and music world.

Number one! They are number one. Every artist: Musiq Soulchild, Eric Roberson, Eve, Jill Scott, even Erykah Badu, her first album was made in Philly! The Roots, John Coltrane, Teddy Pendergrass, Patti Labelle. Philadelphia is the bomb when it comes to music and art, and it feels like wherever Jill Scott’s from, I’m gonna go there. So I went there! I feel like I’m so so blessed, all my friends are super talented artists. And the fact that I keep having these rendezvous and opportunities to operate with artists I always looked up to. It’s crazy, I’m in the same studio where The Roots recorded their album, recording stuff with Dice Raw, you know? I’m grateful, and I’m not even trying, this is me just following my heart.