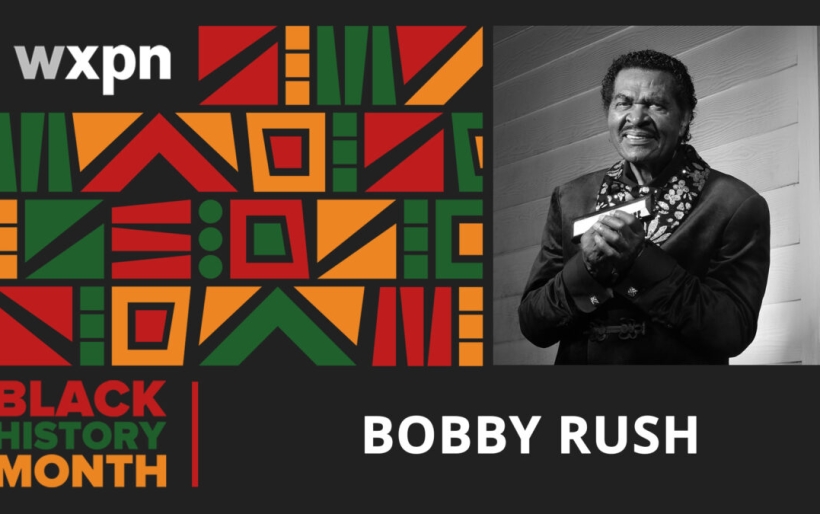 For the month of February, in celebration of Black History Month on XPN, we’re presenting a new series called Black Inspirations. We’ve asked contemporary Black artists to share some of their influences from the Black music vanguard. The series continues today with a testimonial from Bobby Rush.

Louisiana singer-guitarist and songwriter Bobby Rush has been an active musician for 70 years, which is an impressive run. But even someone as seasoned as him looks for inspiration somewhere, and for Rush, that came from one of the stars of his youth — the revered blues artist Muddy Waters. Here’s what Rush had to say about him.

There has been so many great blues Artists that I admire, but the one that sticks out more than others, is Muddy Waters. He was a great dresser on stage, the way he used his voice and his Guitar slide, inspired me to play guitar. When I heard “Hoochie Coochie Man” I was really hooked. “Nineteen Years Old” was one of my favorites; I used to sing it on my shows every night. Another song of Muddy’s that didn’t have as much airplay as say “Mojo Working” was “Long Distance Call,” but I just love that song. It reminds me of when I was young dealing with having a girlfriend in another town. All of these Muddy Waters songs related to me and my lifestyle.