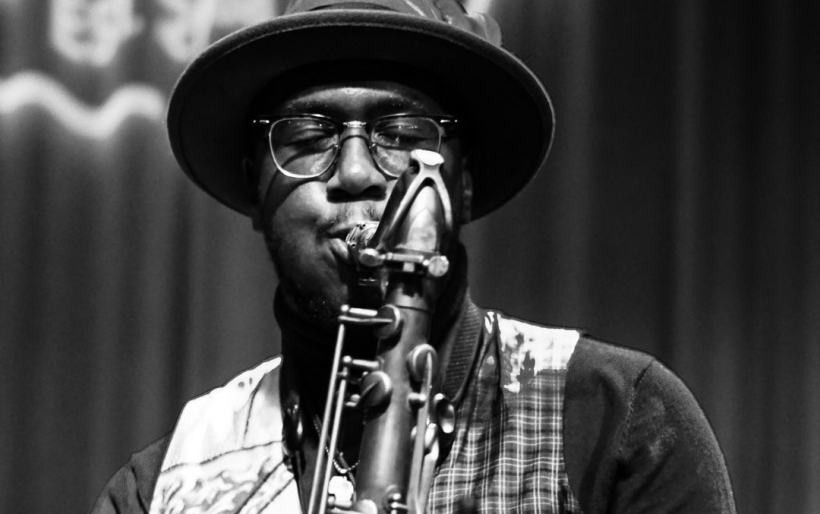 Give Them Their Flowers: Yesseh Ali on inspirations from Kendrick Lamar to John Coltrane to family

Before the pandemic, I helped run an open mic event called The Juice Jam every last Friday of the month. What I liked most about The Juice Jam was seeing different musicians come by and jam with our house band The Experience. I would see guitarists, bassists, drummers, keyboard players and even one time a violinist. Every musician that I’ve met over the past three years has been dope, and that includes saxophonist Yesseh Ali.

Whether you see him jamming at The Juice Jam, performing at Cedar Park in West Philly, or even rocking out with a music collective called Omar’s Hat at World Cafe Live, you’re always going to be blown away by how soulful and talented Yesseh Ali is with a saxophone. That talent is the reason why we invited him to the Give Them Their Flowers series. In my conversation with the dope saxophone player, we discover how much of an impact legendary jazz musician John Coltrane had on Yesseh Ali and hear him cover “Giant Steps”; he also talks about the impact of his family on the music he listens to — he’s the youngest of seven siblings — and hear his description about the talent comes from his hometown in Philadelphia.

Give Them Their Flowers – Yesseh Ali

…on how his large family expanded his musical lens.

My father’s a musician, he introduced music to me in general. He and my mother, she’s just a lover of music, so both of them combined, while also having the influences of my siblings too. Just hearing music around the house, hearing different influences from their era and their generation to my parents’ generation, all together, I was just in that big melting pot. John Coltrane was definitely number one. Ray Charles, Aretha Franklin, Stevie Wonder, Michael Jackson, that’s more the older side. My siblings were playing things from A Tribe Called Quest to Wu-Tang Clan to Ruff Ryders — it was definitely hip-hop influence for sure.

…on why John Coltrane is such a big figure for him.

Well, he’s the GOAT, man! He’s the GOAT of saxophone, of Black American music, of jazz music. He definitely pioneered the way, paved the way for everyone. Definitely a big influence on me, and still is to this day. The fact that everything he played was so pure and so full of intention, I think that was the one thing that gravitated me towards Trane early on. Two of the first jazz records I heard was A Love Supreme and Giant Steps — my mother gave me Giant Steps, my father introduced me to A Love Supreme. And after that I was hooked! I was like “yo, what is this?” I was probably eight or nine, I couldn’t fully understand theoretically what was going on at that age, but still, the music definitely inspired me and moved me to the point where I was like “what is he doing? I want to dig deeper.” That definitely touched me, that definitely omved me to pursue saxophone for sure.

…on what makes him proud to be a Philadelphia.