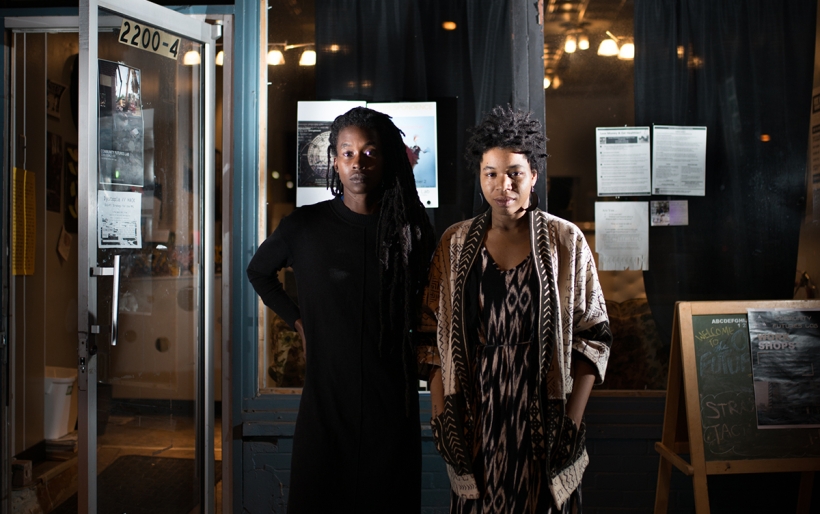 Black Quantum Futurism, the multidisciplinary collaboration of Rasheedah Phillips and Moor Mother’s Camae Ayewa, has been awarded a residency at CERN, the European Organization For Nuclear Research.

Black Quantum Futurism’s proposal was chosen from over 500 entries from artists across the world as part of the annual Collide competition. The research-led residency will give the two artists the opportunity to work with scientists in the world’s largest particle physics lab. They’ll spend two months at CERN, followed by one month at Barcelona’s Hangar Centre for Art Research and Production, and produce a new artwork based on their proposal called “CPT Symmetry and Violations.”

“The project seeks to understand the ways in which quantum physics can influence how people think about, experience and measure time in everyday reality, exploring the possibilities that quantum physics offers beyond the limitations of traditional, linear notions of time,” the artists shared in a statement.

“Through the project we will connect with scientists based at CERN to learn more about their investigations of time in physics—specifically through studying experiments being done on CPT symmetry, CERN scientists’ investigations into quantum theories of gravity, and other phenomena of quantum physics as it concerns inquiries into time.”