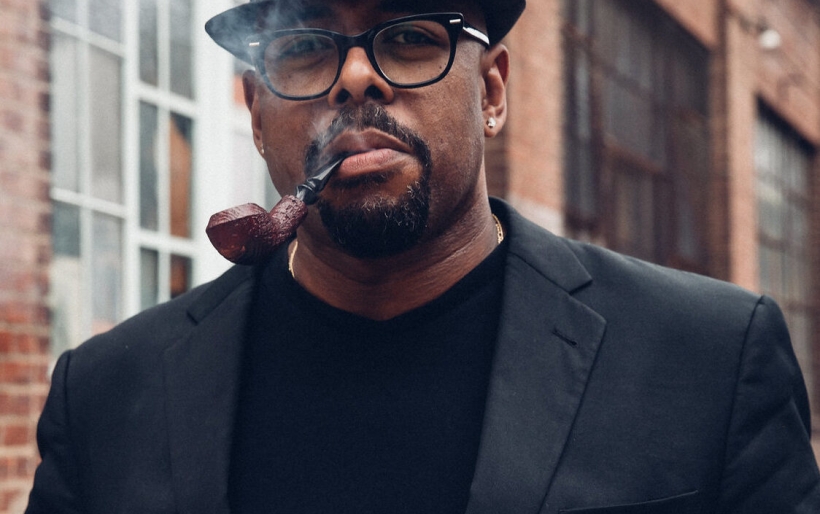 On this week’s episode of Expansions in Jazz, Julian Booker is joined by bass player Christian McBride. He and Julian discuss his early life growing up in Philadelphia, his long career in and beyond jazz — a career that includes six Grammy honors, and three albums that he released in 2020: The Movement Revisited: A Musical Portrait of Four Icons; his reunion with Joshua Redman, Brad Mehldau and Brian Blade, Roundagain; and his big band recording, For Jimmy, Wes and Oliver. Here are some highlights from their conversation.

(text has been edited for length and clarity)

On growing up in Philadelphia:

“Philly, of course, is one of the cornerstones of the world when it comes to the arts, specifically in music…I grew up in the late-’70s through the ’80s sweet spot of Philadelphia: Teddy Pendergass, Patti LaBelle, Pieces of a Dream, Grover Washington. I went to high school at CAPA and my classmates were Joey DeFrancesco, Questlove, Black Thought, Boyz II Men, Kurt Rosenwinkle, Amel Larrieux…my dad, Lee Smith, and my great uncle, Howard Cooper, have been very important musicians on the Philly scene for a long time, and my uncle, Tony McBride, Jr. (known as Butch to all of his friends and family) ran promotions and advertising at WHAT. So I was surrounded by music my whole childhood.”

On the musicians he played with in his late teens and early 20s:

“I really did learn a lot from all of them: Bobby Watson, James Williams, Benny Golson. Freddie Hubbard was someone who was very special to me. I always wanted to play with him. I saw him play at Penn’s Landing when I was a sophomore in high school. What he played that night, the energy coming off of the stage, it wasn’t dissimilar to the same energy I found at an R&B concert, or a Gospel or Rock concert. He would play these lines on the trumpet and the audience would just be screaming. So I always had a soft spot for Freddie Hubbard. I loved his music, I loved the way he played. So playing with him was a wonderful time for me. But, also, I feel the same exact way about Joe Henderson, McCoy Tyner…and then when I met Ray Brown, he became like a second dad to me in many ways, so I was very fortunate to have him as a mentor.”

On adapting to the type of music, and the musicians with whom, he is playing:

“I can’t go play a gig with Sting, thinking ‘Ray Brown.’ I have to play what the script calls for…we live in a culture that really rewards individuality, but I sometimes believe that people take that out of context…to me, it would seem more ‘genius’ that you could play with ten different bands and actually learn the rules of all ten bands and serve the music on its terms than having one style that you ‘do’ and just bogart it in all ten bands. That to me is not genius. That’s individualism, but that’s the kind of individualism that’s going to keep you not working. To me, being able to play with anyone, that’s genius. And all the people who I’ve admired have been able to do that.”

On his 2020 album The Movement Revisited: A Musical Portrait of Four Icons (recorded in 2013):

“[It’s music based around the words of Rosa Parks, Malcolm X, Muhammad Ali, Martin Luther King, Jr. and the victory speech of Barack Obama in 2008]. I was very proud of The Movement Revisited. I was hoping it could have come out sooner, but considering what is going on in our country these days, unfortunately the content of The Movement Revisited will never be out of date. No matter whoever is in government, on a state or a federal level, there are certain things about the human condition that will always have to be dealt with.”

On his work as an educator and jazz ambassador:

“When I was going to CAPA, when people like Max Roach, Dr. Billy Taylor, Grover Washington, Jr., Ron Carter, Jimmy Heath or Bobby Watson would come to Philly and give these masterclasses, that’s how I met a lot of those great legends. Knowing what I know now about being on the road, they didn’t have to do that. Looking back, they did not have to take time out of their busy schedules and spend time talking with us. I thought, if I’m ever in the same position where I can inspire some kid in elementary, middle or high school to get into this music, I am so there. Taking an hour out of my busy day to talk to some kids? That’s actually something I love doing. That’s not an interruption of my day on any level.”