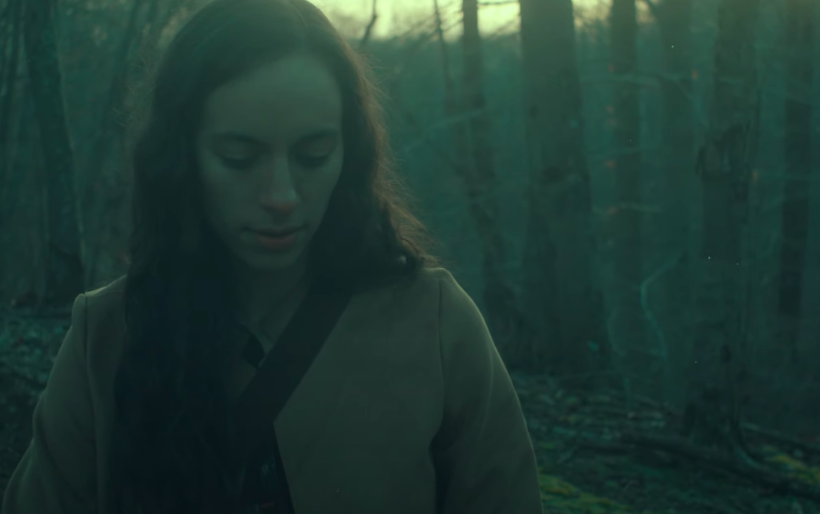 Kate Miller began Kate Dressed Up as a solo act. In the years since, Kate Dressed Up has become a 5-piece band, touring across the US, but it’s been since 2018 that any new music has come out of the project. That changed this month, three years after the last Kate Dressed Up release, with a new single has been released along with an announcement of an upcoming album.

“Ride Home” is the first single for the as-of-now unnamed album. The song begins slowly, somewhat barren and echoing. Suddenly, there’s a burst of energy. The song picks the song up and from there we’re off, swept up in the rich and bouncy music.

The music video for the song is cinematic, and its narrative beats echo lyrics of the song. In the beginning, Miller is seems lost in spacious woods as she sings “So I stood there all abandoned / in the middle of the woods.” Other lines, such as “Something in the cards told me this was coming” are similarly echoed in a literal way, but others are depicted in the overall lively yet dramatic nature of the video.

You can watch the video for “Ride Home” below and be sure to follow Kate Dressed Up on Instagram or Facebook to prepare for her upcoming album.