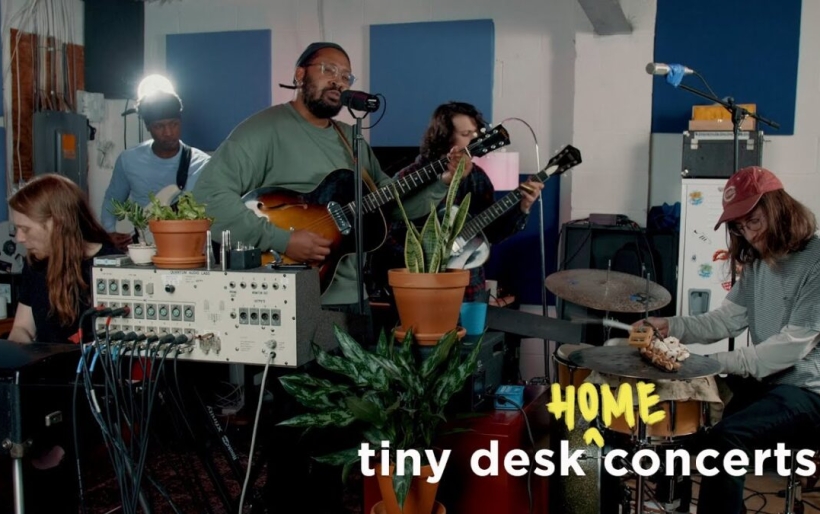 Hip-hop, indie rock and electronic are among Bartees Strange’s wide-ranging influences — all pieces of “his 20-sided die,” according to NPR’s Lars Gotrich. But for the Tiny Desk, Bartees and band took the opportunity to get creative with some of the songs: “we went super deep on this — and made the songs hit completely different,” he writes on Twitter. During the 14-minute set Bartees also takes a moment to talk about what music has been getting him through the pandemic. Watch below.