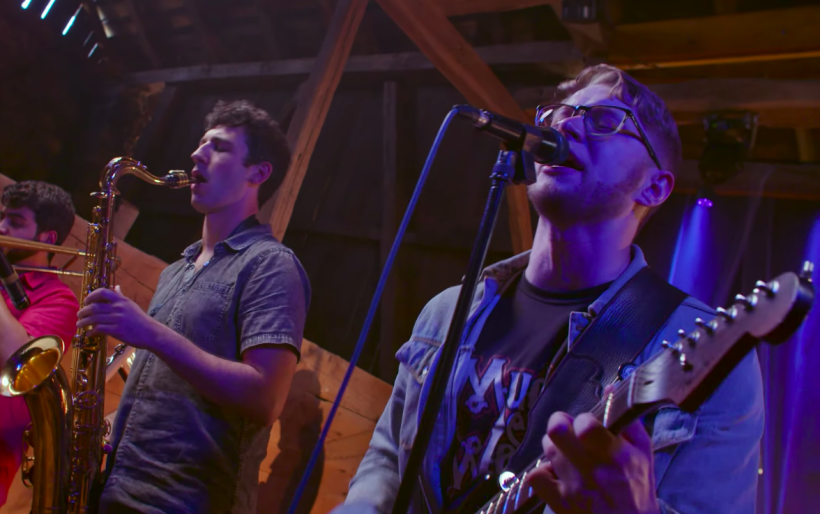 Local roots rock band The Groove Merchants recently released a video of them performing and recording their song “Midnight Mountain Queen.” The song was initially featured on their most recent studio album, The Throne, but this live recording ended up on their recently released EP, Live at Morgan Creek.

Like the name implies, Live at Morgan Creek was recorded at Morgan Creek Farms in Quakertown, PA. It features three songs from The Throne and a cover of The Band’s “I Shall Be Released.” Tye Vallone, the group’s lead singer, explained the motivation behind the EP:

Since the release of our most recent studio album last March was overshadowed by the COVID-19 pandemic, we decided to take some of the record’s best tunes, along with one of our favorite covers, and record them in a live setting to feature the band in our most effective and exciting environment – live performance.

And the EP certainly delivers the excitement that Vallone promises. The video recording of The Groove Merchants performing “Midnight Mountain Queen” shows off a barely-controlled energy and the exact kind of infectious groove that their name implies. A small but prominent horn section underlines Vallone’s raw performance as the band paces their way through this soulful number. This video marks the second of four planned videos, following up their equally energetic “I Shall Be Released” cover.

You can watch the filmed version of “Midnight Mountain Queen” or listen to Live at Morgan Creek below. Be sure to subscribe to The Groove Merchant’s YouTube or follow them on Facebook to see the final two video from their recording sessions as the videos are released.