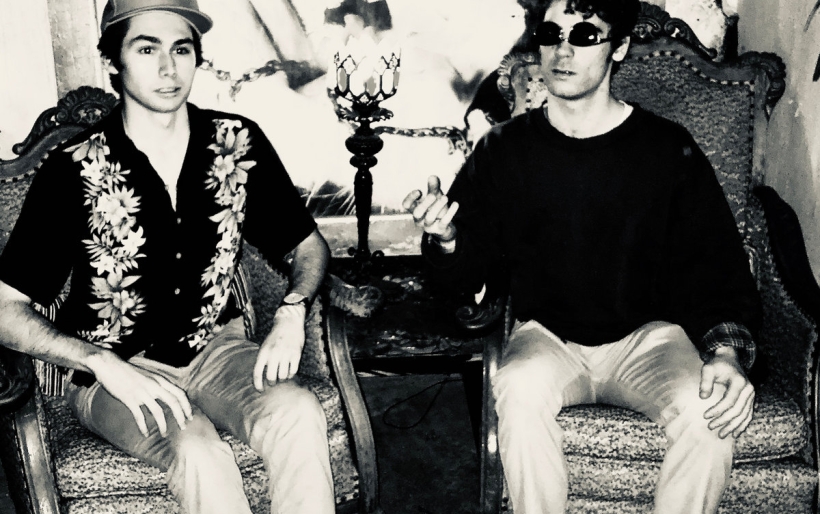 Echo Kid | courtesy of the artist

Between their work with RFA and Whaler Jr., it’s a wonder that Brendan McHale and Christian Turzo were able to get their Echo Kid project off the ground last year. But they did, first with the Folks at Home album released in January, and now with a new EP called Slipping Away.

The EP opens on a tinny beat that sounds as though it was made using the oldest synth in existence. The totality of the album features a twangy guitar part that seems to warble out of tune every ten seconds or so. A cursory look at this description makes its seems like a criticism. In reality, all of the features mentioned seem to be done with the utmost intention. They add an indescribable charm to the Slipping Away EP and fit in perfectly with the distinctive and well-executed aesthetic established by Echo Kid’s previous work.

The lackadaisical vocals in “People” clash in the best of ways with the enthusiastic guitar part. The next track, “Slipping Away At the End of the Day,” seems almost to go by in an instant, serving as a perfect bridge into “I Wish.” This song features a cheery melody and rich harmonization in the chorus.

“On This Day (Cecilia)” closes out the set. There are only vocals for a second before the piece is overtaken by the above-described guitar and a barely-in-tune recorder (or some other flute-adjacent instrument) which reinforces the somehow imperfect yet delightful guitar.