Lindsay Reamer's debut EP, Lucky, is as catchy as it is promising - WXPN 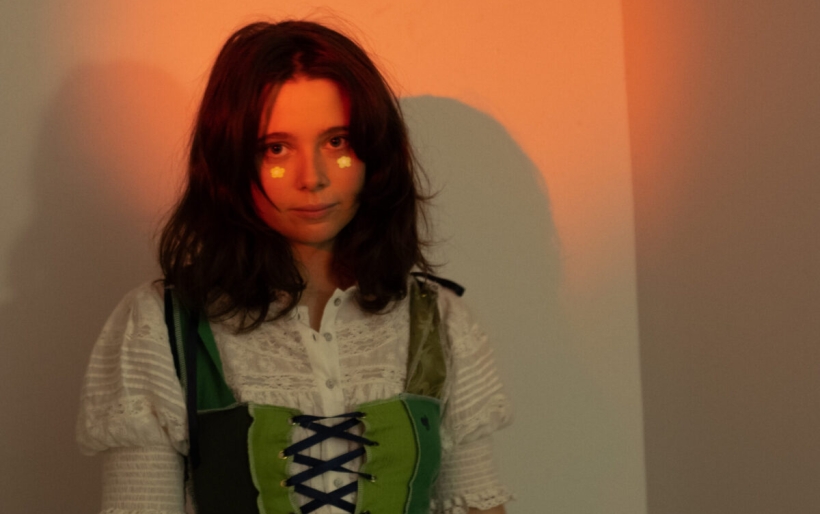 Lindsay Reamer’s debut EP, Lucky, is as catchy as it is promising

Listening to newcomer Lindsay Reamer’s debut EP, Lucky, you’ll be left wondering two things: When can I hear more and why is this the first time I’m hearing her? While Reamer hasn’t indicated anything about the first question, she does give an answer to the second.

As she explains in a press release:

While living in Boston during college I was surrounded by incredibly talented and technically trained musicians. I was intimidated by them and convinced myself that because I couldn’t play like them I could never create anything of value. To satiate this longing, I did whatever I could to put myself in close proximity to music. I booked shows, dated musicians, and even performed as a backup dancer for a regionally touring band. It’s funny to think about how I did everything I could to be around music without actually playing it myself.

Reamer’s breakthrough came when she moved to Philly.

After moving to Philadelphia and away from these identities, the illusion faded away. I became inspired by songwriters like Arthur Russell and Daniel Johnston, who’s songs felt so free of any self imposed restrictions. My desire to write music finally surpassed my fear.

Overcoming her hesitation, Reamer began to write and record Lucky in April of 2020. The result is a synth-pop EP that is equal measures catchy and insightful. It’s imperfect in the way that a well crafted first-time should be: exceedingly fun, unique enough to be memorable, and leaves room for improvement. Lucky is not Reamer’s final form, nor should it be; it is a learning experience and an exploration of her immense potential. It is an interesting listen that hints at an even more interesting future.

The EP opens on its title track. “Lucky” is the most upbeat song on the EP, with languorous vocals and synths that somehow avoid cheesiness despite their nostalgic sound. It’s hopeful and relatable. Reamer hits the nail on the head in expressing the dreary loneliness of everyday life, and also provides a simple mantra to escape that cycle: “It’s time to be nicer to me.”

“Lucky” cuts off abruptly; the next sound that comes is a prominent high hat that will keep focus from start to end of “Spring Song.” Pseudo-vocal echos and whispers bounce in and out, shadowing Reamer as she steadily makes her way through the experimental sonic environment. The overall affect is unearthly and just a hair left of unsettling, kept in line only by down-to-earth vocals and a calming guitar riff.

The third song, “Maybe I’ll Stick Around,” brings with it the only stumble of the EP, and a minor one at that. The melody of the refrain bears a striking resemblance to the refrain of “Lucky.” However, the trappings of the two songs are different enough that had they not been on the same EP, it likely would not have been noticeable. Additionally, “Maybe I’ll Stick Around” still brings something new to the table with its hollow yet comforting sound.

The EP ends with perhaps the most interesting and complex song of the album. “Today” leaves the listener disoriented in the best way possible. Layer after layer begs the audience to listen to this song repeatedly to make sense of each component. A fog of sound layers itself over the whole thing, obscuring it enough to heighten the intensity of the piece. The song, and, as a result, the whole EP, ends like a wind-up toy running out of time, the cadence just barely complete and bringing with it no closure. It leaves the listener wanting more, forcing you into a corner of re-listening to the EP or waiting to see what Reamer will do next.

Listen to Lucky below and make sure to follow Reamer for more.