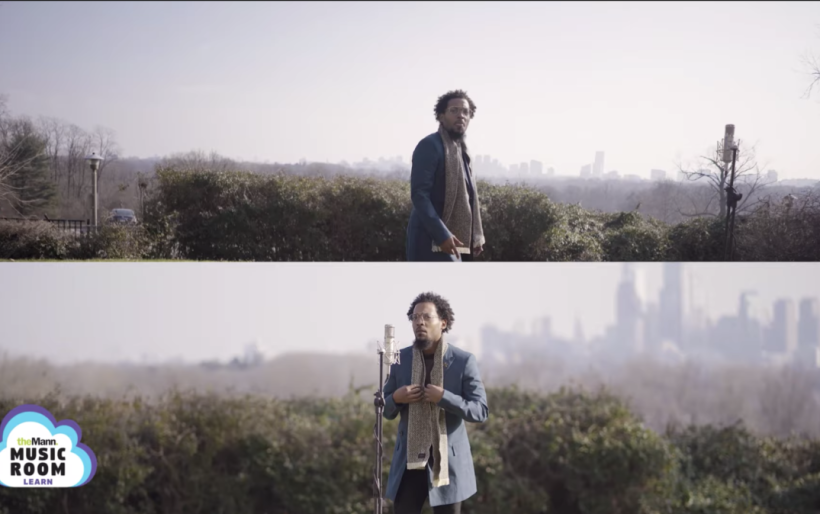 Chill Moody’s latest release is a powerful collection of tracks performed for The Mann Center’s “Voices of Hope,” a celebration of Black History Month and the importance of Black artistry.

In the live performance, the West Philly native performs three tracks and one spoken word poem from The Belmont Mansion, which he notes as Pennsylvania’s first stop on the Underground Railroad. Holistically, the performance emphasizes the main idea in the spoken word poem “More Than a Month,” that Black History cannot be limited to a time frame of fewer than 30 days, as Moody says “we gon’ need more than a month.”

Moody spoke about the performance in a press release:

“My Voices of Hope performance is a collection of songs speaking directly to the various emotions/thoughts that I have on the daily in regards to being Black in America. It was important for me to make a statement with this jawn, so I filmed the full performance at the Belmont Mansion in Philly which was PA’s first stop on the underground railroad. Sacred grounds. We packaged the performance with an EP featuring all of the songs performed, finished off with what I feel is some of my strongest work: ‘More Than A Month,’ a spoken word piece about the need for more than just 28 days to celebrate Black history produced by Eguene “ManMan” Roberts.”

With scenic and historically significant visuals, Moody captivatingly conveys emotions of optimism, like on the jazz-Esque “Smile More” as he raps “Just wanna see you smile more / I know its rough in these times / We all goin through the grind but you’re holding in your light / let it shine.” There is also a critical focus on urgent issues regarding racism throughout the entire project, like on “The Fight is On” where Moody counters claims of a broken justice system, “The system isn’t broken / It’s working how they want.”

Check out Chill Moody’s live performance at Belmont Mansion below.