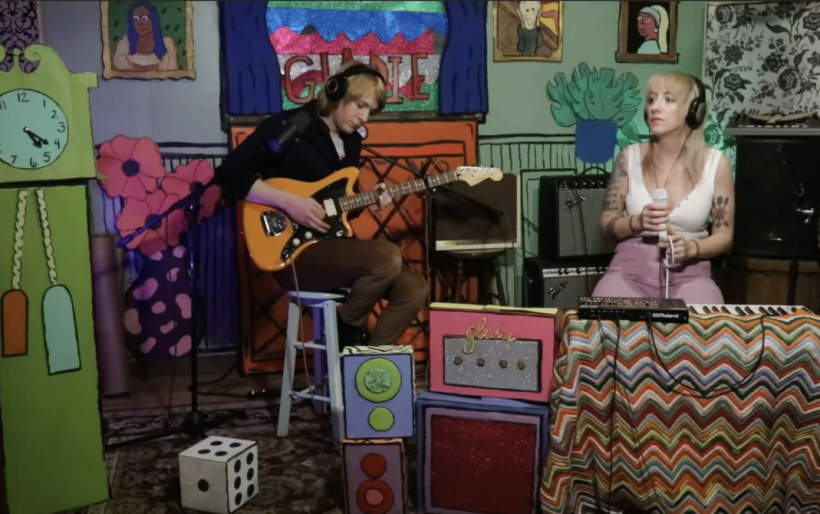 Gladie‘s debut record Safe Sins came out a year ago, and to mark the anniversary, the duo of Augusta Koch and Matt Schimelfenig just shared a live version of one of the songs, “Cosmic Joke.”

Recorded and edited at their psychedelically-decorated studio, The Bunk, Koch describes the video as a glimpse into her “unhinged dream world.” Though the song first came out pre-pandemic, its lyrics hit harder a year later, as Koch sings of loss and solitude that’s become universal: “Everything I lost, I never really had.”

“It’s a sort of throwing your hands up in the air, blaming the world for your loss,” Koch previously said about the song. “Overlooking the fact that something not existing anymore doesn’t mean it never happened.”

Watch the video below. The audio of the live recording is also available to stream for free on Bandcamp.