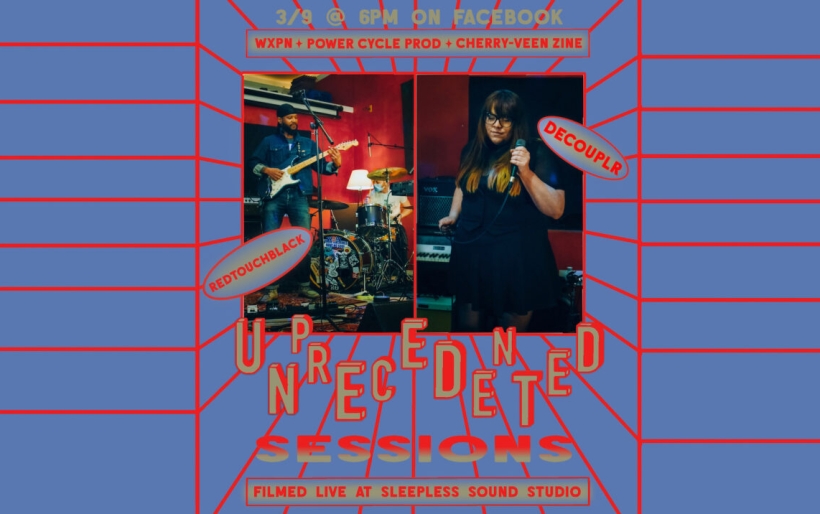 RedTouchBlack and Decouplr will play Episode Four of UNPRECEDENTED SESSIONS

We’re turning up the volume for Episode Four of Unprecedented Sessions, the livestream concert collaboration between WXPN, Cherry-Veen Zine and PowerCycle Productions.

Joining us from South Philadelphia and playing the first full-band show in just over a year, the psych-tinged heavy rock band RedTouchBlack will perform a hard-hitting set showcasing the stellar singles they released in 2019 and 2020.

The performances were captured live at Sleepless Sound Studio in Germantown by WXPN and CVZ shooting video, and Power Cycle Productions running sound; it will broadcast via Facebook on Tuesday, March 9th at 6 p.m. EST. For more information and to tune in, go here, and listen to music from both artists below.