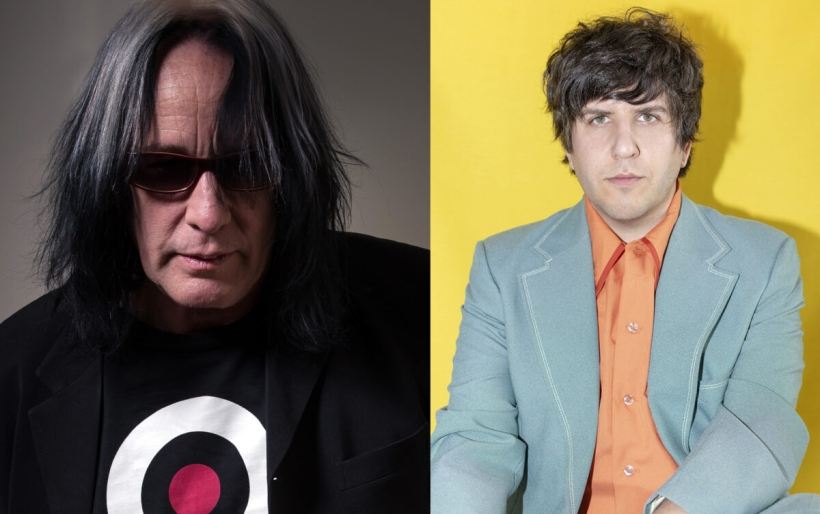 This week Todd Rundgren and Eric Slick sat down to chat on the Talkhouse Podcast. Despite the generational difference between the two artists, they share a few connections. One of those is Slick’s admiration of Rundgren, as evidenced by his cover of “Can We Still Be Friends.” Perhaps more notably, though, the two both have roots in Philly. Their conversation for Talkhouse covers topics from politics to future projects, and, of course, their shared hometown.

From there the two pivot to talking about politics — and particularly what Rundgren calls the “freak accident” of the Trump presidency. The two linger on the topic for only a moment before Slick asks about Rundgren’s upcoming virtual Clearly Human tour. While almost all artists have had to move to virtual platforming (including Slick, who has been hosting semi-regular livestreams), Rudgren had actually had the idea for a while. He had planned to host virtual concerts because of all of the difficulties caused by climate change.

As he explains, the different storms that happen more and more often have made flights difficult, but also makes it difficult to perform in certain places. “If you wanted to tour in California this past summer, that would have been pretty weird because the whole state was on fire.” When the pandemic hit, it became clear that it was time to finally host the virtual concert series he had envisioned.

When they moved [my tour] again I said “alright I have to do something, I can’t just be the victim of circumstances and expecting to go out and tour and then nothing happens.” And so all of my ideas about alternative ways of delivering the service started to become actually relevant.

The two go on to cover a number of other topics-what it means for music to be progressive, modern music business, and the vocal workout that comes with touring-before talking a bit more about Rundgren’s upcoming Clearly Human tour.

As their conversation draws to a close Rundgren and Slick talk about the Philly music scene. The two share a laugh over the dilapidated yet charming nature of the Tower Theater, which Slick calls “an insurance disaster.” Rundgren reflects on his experience in Philly in the 60s and 70s, and then Slick asks him about upcoming projects.

Rundgren ends the episode by revealing that he has a new single from his Space Force EP coming out in the next few weeks. It will feature the pop / rock duo Sparks as a collaborator and may have an accompanying video if there’s enough time to put one together.

You can listen to the episode of Talkhouse Podcast below, as well as Eric Slick’s newest album. The tickets for Todd Rundgren’s newest show can be purchased here.