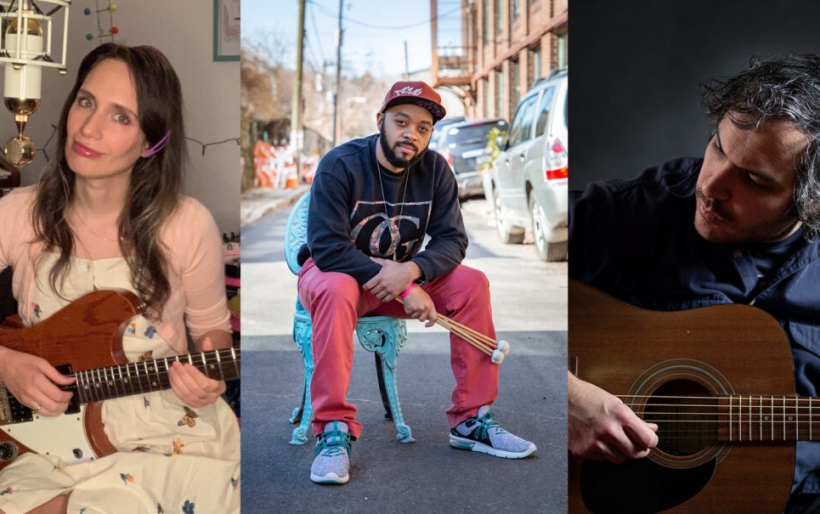 It’s once again Bandcamp Friday, the monthly holiday — we can call it a holiday, right? — where the music streaming platform waives its transaction fees, directing 100% of all download proceeds and merch sales directly to the artists. During the Coronavirus pandemic, it’s been a terrific way to support independent musicians who no longer have income from touring to sustain them, and to sweeten the deal, many artists roll out new releases, exclusive singles, live tracks, demos and more each month.

We’ll be highlighting releases for your Bandcamp Friday shopping list throughout the day here at The Key, and you can also peruse this rundown of recommendations from The Skeleton Key’s Yoni Kroll for further tips. To get your shopping spree started, we recommend the following five releases.

Trans Musicians and Allies For Change

This terrific compilation, organized by Port Lucian’s Portia Maidment and released by Slovakian label Z Tapes, features 21 trans- and non-binary artists as well as trans allies in the music community donating exclusive tracks to raise money for Trans Lifeline, a nonprofit providing resources through mutual aid, microgrants, and a peer support hotline. The album includes exclusive original songs by AllegrA (listen to their “Parts of Me” here), Harmony Woods, Highnoon, Swim Camp, plus covers like Teenage Halloween’s version of “Drivin’ on 9” by The Breeders and 2nd Grade’s cover of “All I Want” by Joni Mitchell.

This three-song set by Sadie Dupuis of Speedy Ortiz and Sad13 was commissioned by Seattle writers’ center Hugo House for their apocalypse-themed 2021 Literary Series, which also featured authors Ottessa Moshfegh and Leni Zumas, and poet Laura Da. The minimal, moody, and synth-soaked songs are equal parts ominous and elegant, and Dupuis recorded the first track, “F2,” on an ES2 synth in honor of of the celebrated producer and songwriter SOPHIE, who passed away earlier this winter.

Technically not a new release, but this new-to-us project by Philly vibraphonist and producer Angelo Outlaw, Jr. is a dazzling cross-section of styles. Released in May of 2020 under his artist name Jello Vibes, Outlaw’s primary instrument of choice flexes it versatility from atmospheric ambient to resonant jazz tones, while the underlying rhythms range from trap to glitch to dubstep.

Dizzy Demos: 2 Tickets to Cheeseburger in Paradise by Mike Polizze

The frontperson of Philly’s Purling Hiss went solo last year with a beautiful release on Paradise of Bachelors, and in this new collection of demos, we see how Philly’s Mike Polizze made his way from blistering rock to Long Lost Solace Found. In addition to the “original homebrew demos” for six of the album’s twelve songs, Dizzy Polizzy offers two studio outtakes: the shimmering, piano-backed “Signs Of Life” and the slowed-down punkish twang of “Sunny Sundays.”

The experimental rock project led by Philly music scene vet Andrew Chalfen has tried on a spectrum of sounds and styles over the past six years, from soaring psychedelic instrumentals to minimal electronic musings. Their third full-length, Interim Contingent, is out today, and finds Chalfen — along with bandmates Dean Sabatino and Joe Genaro of The Dead Milkmen, and bassist Josh Newman — exploring ambient pop and Krautrock tones and textures, and even an unexpected dusty cowboy song (“Head Illuminator”) at the mid-way point.