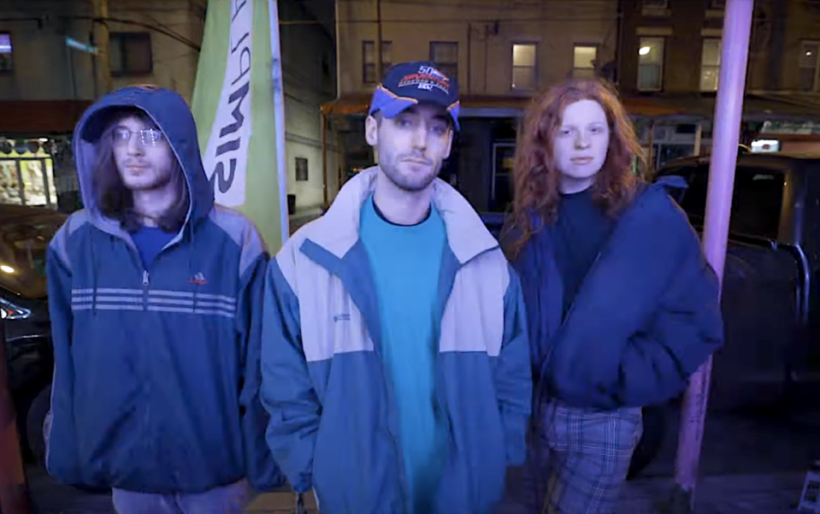 Sauntering to a mysterious trap-adjacent beat, the song finds vocalist Andrew Loper stream-of-consciously meditating on the perils of unsatiated desire, singing “satisfied isn’t in my vocabulary” at one point. Bekt enters with robotic vocals at the midway point, and the song concludes on the lyric “why are we not friends now,” possibly the words of someone arriving at the realization that coming on too strong can be a deterrent.

For the video, Loper, Bekt, and Rubber’s John Della Franco explore South Philadelphia under streetlights and storefront neon, posing for the camera and singing through it to those of us on the other side. Says the band:

This video was so easy to make, just strolling around South Philly with a portable speaker and a bottle of Fireball, Luke O’Brien following and filming all the way. Follow along as we sing about nothing, while doing nothing.