Listen to Barney Cortez talk about production, process, and the pandemic on the 25 O'Clock Podcast - WXPN 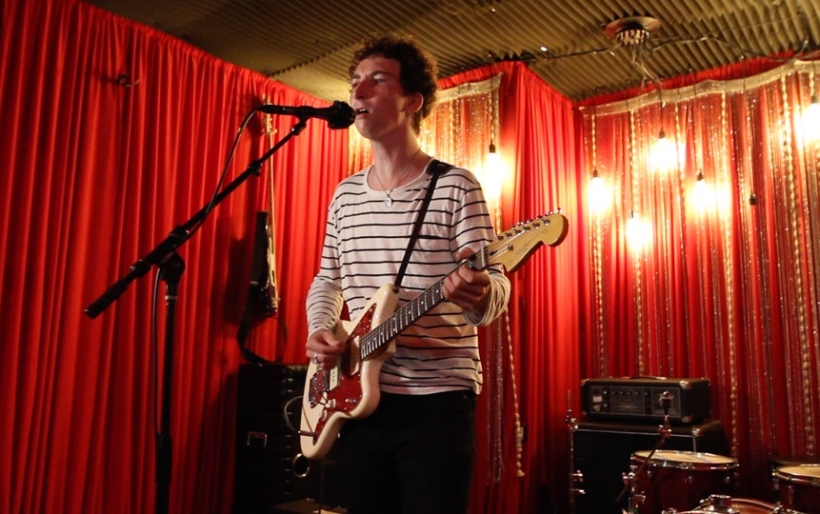 Listen to Barney Cortez talk about production, process, and the pandemic on the 25 O’Clock Podcast

Philly singer-songwriter Barney Cortez has been on the scene for over a decade, and he recently caught up with 25 O’Clock’s Dan Drago to talk about where he came from, where he’s going, and what he’s seen and heard along the way.

Today, Cortez’s songwriting is eclectic and vibrant, as likely to channel The Beatles as Jeff Buckley, but that wasn’t always the case. His first splash in the local music scene was through the indie dance band Nicos Gun, an experience that Cortez recalls with some fondness while also acknowledging that it wasn’t something he was totally up for.

“You do one thing and people are like ‘oh I like that song,’ so you think ‘that’s what I owe people to do, continue that one thing,'” he says. “It’s nice to get away from that, and say ‘I’m gonna do what I really feel like.'”

Cortez and Drago talk about the musical influence of his parents, particularly his music journalist father who would fill their South Philly house with all manner of free promotional CDs in the 90s. They talk about the DIY nature of his first release, under the name Cortez Cortez, which led into a tangent about the lo fi aesthetic in general, from Guided by Voices to Sufjan Stevens.

This leads to the podcast’s central discussion about production, particularly production in modern pop/rock songs, from Starbucks lite listening to critically revered artists like Fontaines DC, and the unexpected areas where there’s overlap. Cortez also shares how recording and studio practices have progressed for him from the early days, and offers a window into his creative process, particularly during the pandemic: “I’ve been reading a lot, demoing a lot, trying to keep the creative wheels spinning.”

Drago and Cortez also reflect on the things they miss during COVID, particularly movies and Ortliebs. Take a listen to the whole conversation below, and watch Barney Cortez’s recent appearance on Unprecedented Sessions here.