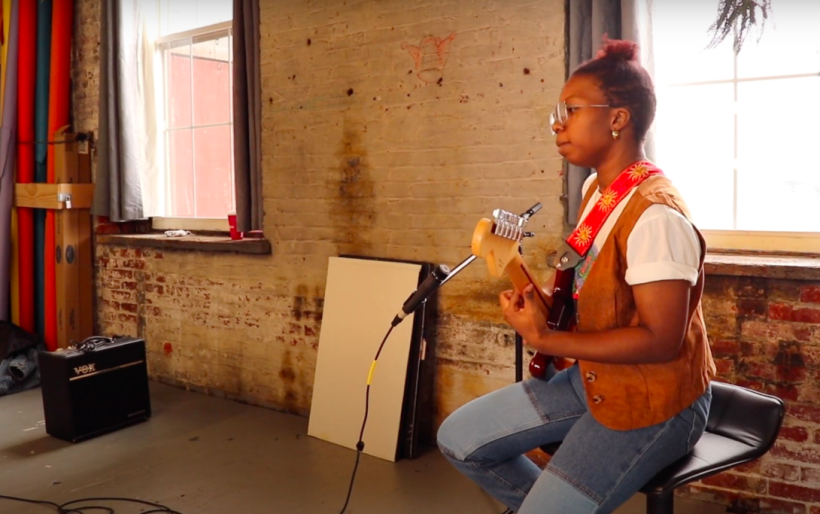 Erin Dillard, also known as emospacebird., joined upandovr for another episode of their Musicale series. A few months ago, Dillard performed “I guess that’s the joke” for the eleventh episode of the series. Now for the sixteenth episode she’s returned again, this time performing “cloudy headed love song.”

This version peels away the distortion featured in the original song, replacing it instead with the echoes of an empty space. In some ways, this performance of “cloudy headed love song” is almost more honest; it forces the audience to confront Dillard’s talent without any additional decoration. More than just that, Dillard’s adaptation of the song to a smaller, more intimate environment lends it a completely different energy than we hear on the EP the royal metamorphose, transforming it into something entirely new.