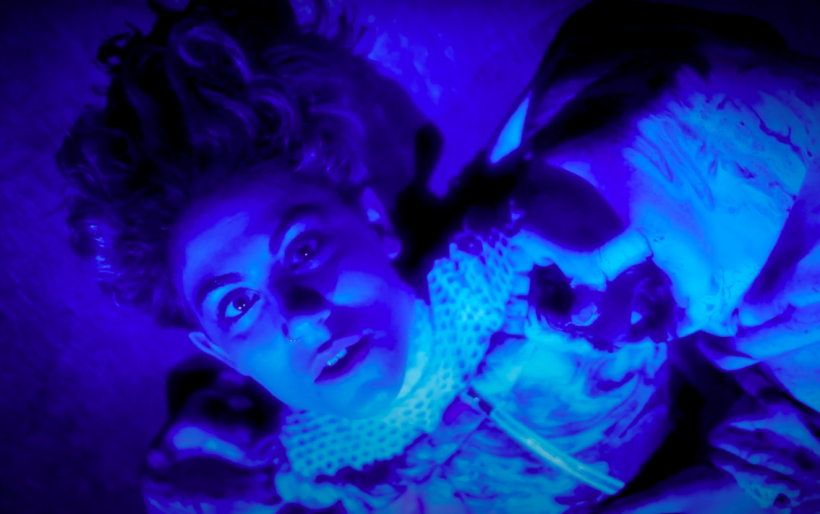 The Philly trio Lizdelise released another music video, this time for “For Nobody.” The release of this video means that every song on their most recent EP, Body, has an accompanying music video.

The video bears some similarities to the previous Body videos in its use of bright colors, but “For Nobody” is perhaps the most striking of the four, showing frontperson Liz deLise in a series of striking costumes, moving freely in a stage-like void.

Like the rest of the album, “For Nobody” deals with deLise’s journey with their gender identity, as demonstrated by some of the first lyrics: “Under the moonlight you unraveled me to what I am / Not a woman or a man / Nothing More than grains of sand / Under the moonlight.” But there is also a specific story that goes with the song. The Lizdelise website gives a bit of context to “For Nobody” as deLise explains that it was inspired by a performance given by Mitski.

She was so in her body while also being beyond her body. That was the first time I really recognized the link between my mental health and gender identity. So much of my anger came from this inability to be who I knew I was but couldn’t explain, partially because of how limiting language usually is, and because for a while I didn’t feel like I’d had a precedent for what gender fluidity actually was.

The explanation gives more depth not just to the song, but to deLise’s performance in the video, transforming their captivating dancing into a profound expression of their identity.

The video is available below and you can listen to Body on the Lizdelise bandcamp.