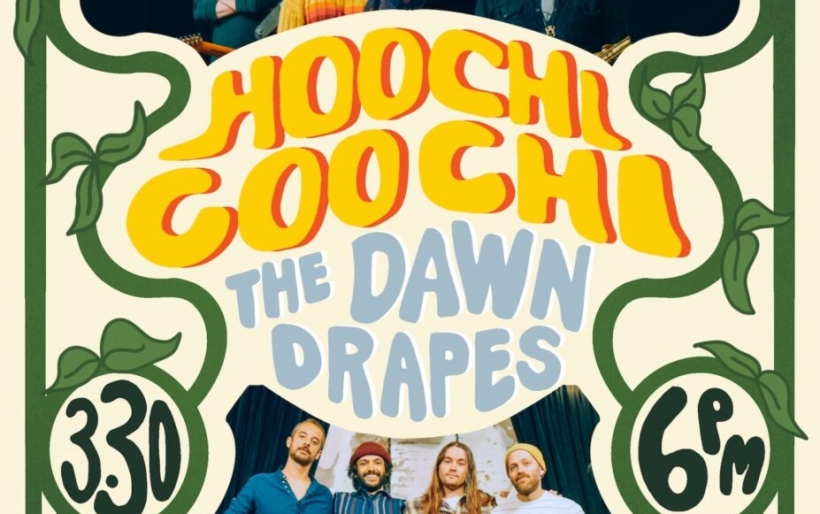 photos and design by Paige Walter

We traveled to the banks of the Chester Creek in Aston, Pennsylvania for Episode Five of Unprecedented Sessions, the livestream concert collaboration between WXPN, Cherry-Veen Zine and PowerCycle Productions.

Joining us are two artists we’re collectively excited about. First, we’ll see a set from the dreamy Americana-rock four-piece The Dawn Drapes, who have released an impressive run of singles since relocating to Philly in 2017. On the flipside, the Wilmington rock / R&B / funk powerhouse Hoochi Coochi will tear the roof off this virtual gig; the energy we heard on last year’s EP The Watershed is just the beginning.

The performances were captured live at Rockdale Studios in Aston by WXPN and CVZ shooting video, and Power Cycle Productions running sound; it will broadcast via Facebook on Tuesday, March 30th at 6 p.m. EST. Find out more about the show at the Facebook event page here, and check out music from both artists below.