Great Time experiments without limits on their new Sounds Like ____ Vol. 1 EP - WXPN 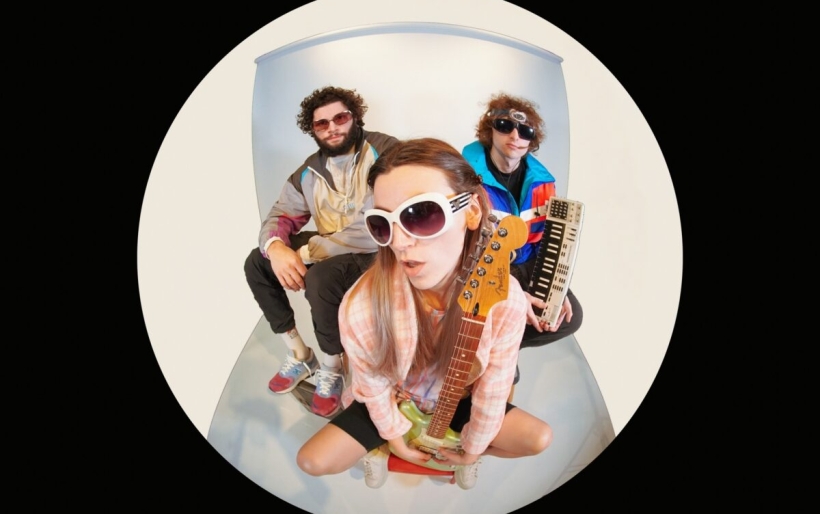 Great Time experiments without limits on their new Sounds Like ____ Vol. 1 EP

“You need to find your sound.” That’s a comment Philly’s Great Time heard often after releasing their debut record, Great Album, a few years ago. But instead of letting the unsolicited (and frankly kind of rude) feedback get to them, the band took to the studio to see what they were capable of.

They’re back now with Sounds Like ____ [Vol. 1], the first EP in a series that sees the band exploring different inspirations and sounds. As it turns out, the pandemic actually provided the perfect opportunity for the trio to retreat to their home studio and experiment without limits.

“One of my favorite things about creating music is arriving at a different destination than what was originally envisioned,” shares Great Time’s Donni Spackman. “The first song on the EP, ‘Flatmax’ started as a Drake-esque rap beat, but collaboration and remaining open to experimentation led to its final form — a melodic, organic and futuristic cross between R&B and acoustic music.⁠”

“Making music is always a self-reflective process for me,” says Jill Ryan. “Writing Sounds Like ____ [Vol. 1] this past year has been a chance to organize my thoughts & an opportunity to genuinely ask myself: who am I? what do I value? and what do I need?⁠⁠”