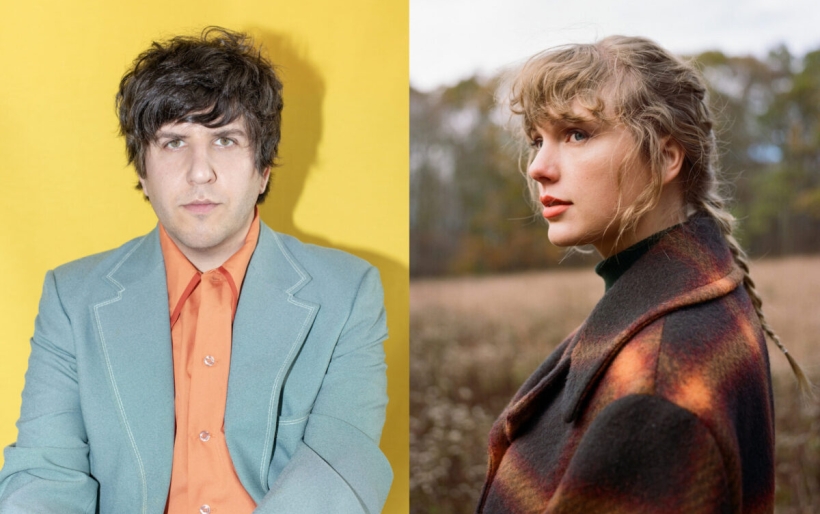 After releasing two acclaimed albums in 2020, Taylor Swift‘s project for 2021 is an extensive re-making of a decent portion of her back-catalog with a whole new team of collaborators — one of whom, as we found out today, is Philly native Eric Slick.

The Dr. Dog drummer appears on the previously unreleased country ballad “You All Over Me (Taylor’s Version),” and his suave midtempo groove kicks in at the minute-and-a-half mark of an aching song driven by sublime vocal harmonies between Swift and Maren Morris.

“One thing I’ve been loving about these From The Vault songs is that they’ve never been heard, so I can experiment, play, and even include some of my favorite artists,” Swift Tweeted of having Morris on the song.

Like Swift’s 2020 album duo evermore and folklore, “You All Over Me” was recorded with The National’s Aaron Dessner and engineered by Jonathan Low. On his Twitter, Slick Tweeted “thanks so much @heyjonlow and @aarondessner for asking me to play/trusting me with this. you’re both brilliant and it was a true pleasure to work with you.”

“You All Over Me” was initially written for 2008’s Fearless, the first in the series of albums Swift is remaking after the masters of her first six albums were sold by Scooter Braun and Big Machine Records last fall. Fearless (Taylor’s Version) is out on April 9th.