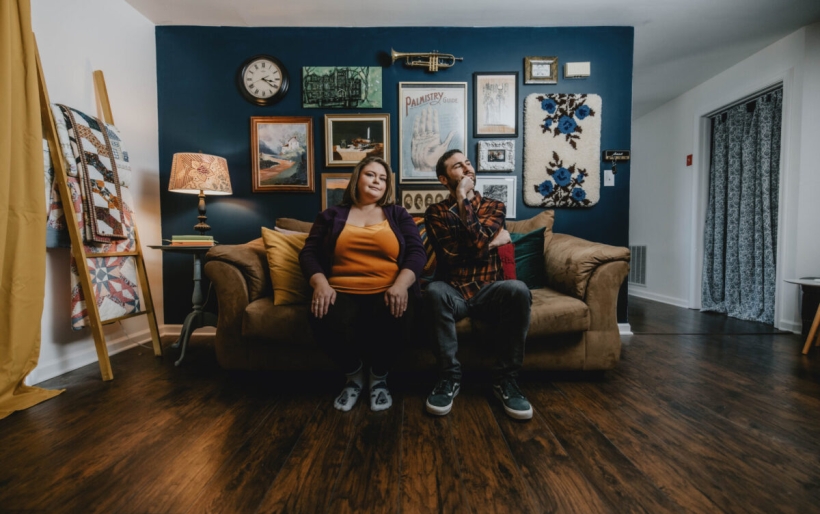 essie + nap| photo by Luke O’Brien | courtesy of the artist

2020 may have left an odd void in music, but plenty of artists filled up the space with new projects that may have not otherwise happened. Take, for instance, the creation of essie + nap. The duo is comprised of Essie Riddle and Andrew Napoli, who had previously worked together as bandmates in the Philly-based alt-rock/blues fusion band Looseleaf. When the two suddenly faced a series of canceled gigs, they realized that they needed to find other ways to connect. Riddle and Napoli began creating new music in a series of low-key writing sessions, and so essie + nap was born.

The duo has plans to release a series of singles written during those sessions over the next few months, and they’ve kicked it all off with their new song, “Loneliness.” As Riddle explains in an email, both the music and the accompanying video explore the very loneliness and connection that drove the duo to record the song in the first place.

Kyle Sparkman filmed, directed, and edited the music video. He came up with the idea of using tin cans and string to highlight the struggle of connection and loneliness we all experienced this past year. The song itself has this same juxtaposition where the verses are really melancholic and then the chorus feels upbeat and hopeful.

Check out the video for “Loneliness” below and be sure to follow essie + nap on Instagram to see their upcoming releases.