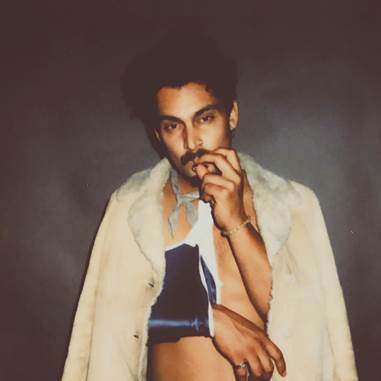 The last timeThe Key covered Ali Awan, he had just announced that he had been signed to Born Losers Records and that new music was on the way. Today marks the release of the the first single and eponymous track of his upcoming EP.

As Awan explains, part of the inspiration for “Moon Mode” comes from Nina Simone’s “Sinnerman.”

I got fixated on this chord shape and fingerpicking pattern I stumbled upon one night and it reminded me of the piano on Nina Simone’s rendition of “Sinnerman.” I tried to use that as inspiration for the groove of “Moon Mode”…I knew I wouldn’t get close to Simone and her bands’ greatness, but it really helped me flesh out how I heard it in my head.

The connection is clear when you listen to the songs back to back, but the two songs manage to be so wildly different that stacking it up against “Sinnerman” is unnecessary — it stands up all on its own. “Moon Mode” opens on the notable fingerpicking pattern that Awan mentioned, layered over what seems to be the faint sound of the ocean or some wind. Then the whole songs takes off. When Awan comes in, his voice is darker in tone than it has been in any of his previous work. Overall, the song is a meditative, rhythmic piece despite the fact that it keeps a good groove going throughout.

The song plays into the larger emotional narrative of Moon Mode. The whole EP will cover Awan’s emotional state over the last year. It seems that “Moon Mode” is the heaviest song from the EP since “It goes from dark to light as a whole with the tracklisting…”

Moon Mode will be released June 11th on Born Losers; be sure to listen to its first single below in the meantime. You can pre-order a cassette version of Moon Mode here.