Hit Like A Girl, Kayleigh Goldsworthy, Long Neck tapped for next round of Left Of The Dial livestreams - WXPN 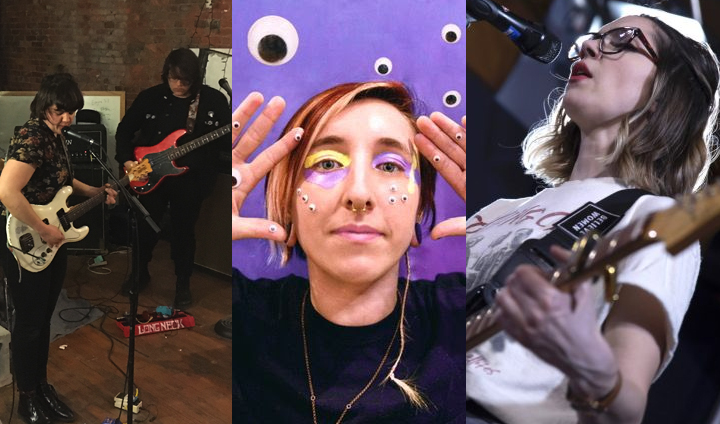 Hit Like A Girl, Kayleigh Goldsworthy, Long Neck tapped for next round of Left Of The Dial livestreams

Earlier this winter, the folks at the Philly regional music podcast Left of the Dial launched a new livestream series with a terrific live set from Riverby. This week, we got news of the next round of guests on the show, centering around the Philly / New Jersey DIY rock community.

The series kicks off on April 24th with a set from Long Neck, who have been running their own well-received run of virtual gigs during the pandemic called Around The Campfire. Their album World’s Strongest Dog was released on April 10th of last year.

On May 1st, Kayleigh Goldsworthy plays the show; the singer-songwriter has been seen on huge stages over the years as a multi-instrumentalist and backup singer for Bayside, Frank Iero, Dave Hause and more; she’s used the pandemic to start a podcast-y series on Twitch and work on new solo material, some of which we’ll hopefully hear in the set.

Concluding this run of shows on May 22nd is a performance by Hit Like A Girl, the project of New Jersey’s Nicolle Maroulis, who just released their third LP Heart Racer on April 2nd. It’s a dynamic set of moving post-emo anthems about love, loss, and how move forward.

All shows are free, and streaming at leftofthedial.live; if the Riverby gig is any indication, they’ll be archived afterwards on Bandcamp for additional avenues to support the artist and podcaster. Listen to music from all three artists below.