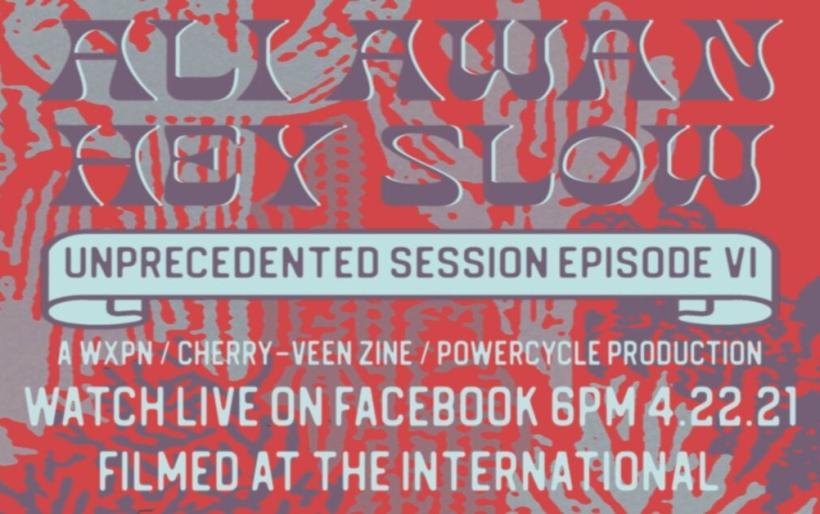 UPDATE: Episode VI of Unprecedented Sessions has been postponed to April 22nd, 2021, at 6 p.m. ET.

It’s very much a family affair on the next episode of Unprecedented Sessions, the music livestream collaboration between WXPN, Cherry-Veen Zine and Powercycle.

The lineup features Philly rocker Ali Awan who, when he’s not making fantastically trippy music (including a new record called Moon Mode due out this spring on Born Losers Records), works a day job at Fishtown bar The International. Several of his coworkers there perform in the band Hey Slow, the breezy alt-country combo led by songwriter Zachary Humenik. So when we planned out a shoot with Ali and Hey Slow, The International was the obvious spot for it to take place.

Episode Six of Unprecedented Sessions will debut on Facebook next Tuesday, April 20th Thursday, April 22nd, at 6 p.m. ET. With tidy, four- and five-song sets from each artist, the show will serve as an appetizer for the more expansive gig they’ll both play outdoors at Sunflower Philly on Friday, June 18th, to celebrate the release of Moon Mode. Get more information on that concert here, and RSVP to the the Unprecedented Sessions show at Facebook.