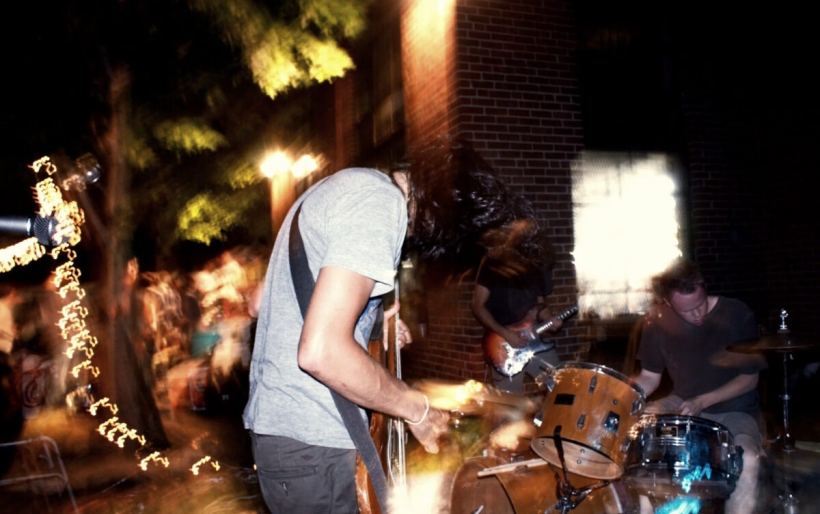 Birds of Maya | photo by Dan Cohoon | courtesy of the artist

In the early to mid-aughts, Philly rippers Birds of Maya were the stuff of legend in the basements and backyards of the river wards. Propelled by roaring jams between guitarist Mike Polizze, bassist Jason Killinger, and drummer Ben Leaphart, the band dabbled in the expansive world of proto-punk, blues, and psychedelia, gigged with folks like Kurt Vile and Bardo Pond, and made awesome noise until the pull of other projects caused them to drift apart.

This week, we got exciting news from the folks at Drag City Records that the Birds are back together, and releasing Valdez, their first LP since 2013’s Celebration on June 25th.

The album has been in the works for quite a while; the band recorded it in upstate New York’s Black Dirt Studios back in 2014. A press release from the label reflects on the differences between the band’s neighborhood (and subsequent headspace) then versus now:

At the time this was recorded, Birds of Maya were standing on the other side of ten years kicking around town, suddenly far away from the primordial ooze they’d flopped forth from. The streets where all this had happened on were changing, with new money rolling in, but they were the same old Birds, content with their libations and ear-splitting variations on old favorite Stooges chords. The cover art of Valdez is a couple images from those days, glimpses at the old grass roots before they were ripped up by developers to build condos. But nothing ever really goes away, Valdez stands tall amongst the changing landscape.

Birds of Maya has previewed the new record with “BFIOU,” a smoking two-and-a-half minute blast of wild Motörhead / Rainbow style riffing and vocal howls from Killinger. The video, shot by Aiden Killinger, finds a punky person with Gatorade lime-green hair and a hoodie being pursued on skateboard around Fishtown by a tracksuit-clad enemy wielding a baseball bat.

Watch it below, grab a pre-order of Valdezhere, and check out the cover and track listing for the record.