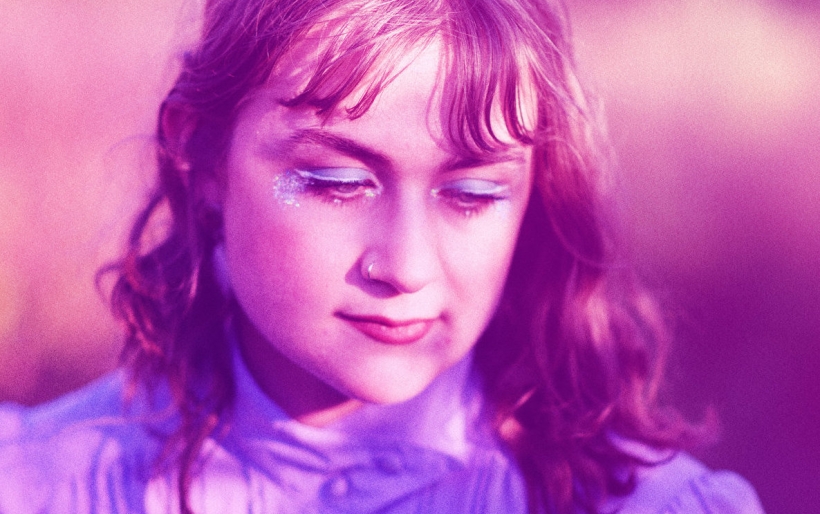 From full-time to free time, janna talks about the intersecting identities of living music 24/7

For some music is merely a hobby, for others a lifelong pastime, for a lucky few, it’s a career, but for Johanna Baumann it’s her whole life. Baumann, who releases music under the moniker janna, might have first come to Philadelphia with an eye toward production, cold-calling her way into an internship and then full-time staff engineer position with Headroom Studios back in 2018, but her debut album back to the wilderness presents an an artist poised to make a name as a songwriter offering ample gifts of her own.

Most songwriters find contentment, even safety, in finding and mastering a sound they can call their own. It’s understandable to be sure, but for someone like Baumann, whose time at Headroom has put her in contact with countless musicians, these are only limitations. What makes back to the wilderness such an impressive debut is its ability to wrangle its varied styles into something that remains confoundingly cohesive.

Look no further than the record’s singles, the back-to-back of “starting gun” and “i don’t know.” The latter is Baumann’s professed “Philly DIY” song, a jangly, driving and endlessly catchy tune of self-doubt that has far more going on below the surface than initially evident. This is only DIY if the “yourself” just happens to be a talented engineer and musician.

“starting gun,” however, is impressive by any standard, a lush, expansive, finger-picked song which brings to mind those rare moments you find yourself outside as dawn breaks, the ones where you promise yourself you’ll do it more often even when you know you won’t. This kind of stylistic smorgasbord continues throughout, from the Nick Drake-ian haunt of “Where We Go” to the pseudo-psychedelic baroque-pop daydream “puzzle,” Baumann is able to weave her lovely vocal stylings through a maze of influences.

During our recent discussion, which you can read below, we touch on how this record came to be and how it fits into her already busy career.

The Key: What was the genesis for the decision to record your own full-length record?

Johanna Baumann: I have been making music for as long as I’ve been conscious. I have one album that I released under my full name back when I was in college. It was a little amatuer. I was in school for music tech so I was basically learning how to record, so a lot of the songs on that album were school projects essentially. I had been working at Headroom Studios for a while so I felt like I had a much stronger grasp on everything from recording, to production, to mixing, so I wanted to distill that into an album where I was able to realize my own vision along every step of the process.

TK: You talked about how you spent some of your time at Michigan University writing songs, tell me a little bit about how that work compares to what you are now doing with janna?

JB: My older songs were definitely less fleshed out and arranged, most were just guitar and vocal with minimal production, due to my lack of knowledge of production at the time. Even though I was learning a lot of music theory at the time, I wasn’t really implementing much of that into my own songwriting. As I gain more production experience and have access to recording pretty much any instrument or style that I want, I am able to explore more genres and break out of the acoustic style I was doing before.

TK: How has your time at Headroom Studios informed the stylistic choices you make on back to the wilderness?

JB: I think it has had an immense influence on the way the record turned out. I learned audio basics in college, but Headroom is where I actually put them all into practice and started developing my own production style. Especially with mixing, I feel like a lot of my mixing style has evolved from watching Kyle Pulley mix at Headroom. Also working with musicians like Frances Quinlan, Diet Cig, and Adult Mom definitely had an impact on what I was writing.

TK: How does working with other artists compare to producing, mixing and engineering your own record?

JB: There is a give and take with both. When I am working with a client, I am not the one who has to put my heart and soul on the line. Instead, I am the person who has to create an environment in which an artist can bear their soul, and also authentically capture those moments. I absolutely love this process and think it’s really magical to witness. When I work on my own music, I have to do both, but you really can’t fully commit to either when you do this. I sometimes have to have a friend come in to press record, and I can’t fully monitor every meter if I am simultaneously performing. The plus of working on my own stuff though, is that I can spend as much time as I want perfecting because I’m not on the clock.

TK: With so much of your time and life is wrapped up in music, does this feel like an extension of your day job or something else?

JB: My musical identity is very intertwined with both being an audio engineer and being a music teacher, and my jobs have influenced my music so much. There are little things I will pick up during teaching even if it is a chord from some classic rock song a kid wants to learn. I am extremely privileged to be able to make music my full-time career and wouldn’t trade it for anything, but I never feel like working on my own music is the same type of labor as those jobs, just because it’s so self-directed. It’s also something I’ve had to squeeze in during my own time, which is probably why it has taken so long to complete.

janna’s debut LP back to the wilderness was released on April 16th; stream it in the YouTube playlist above, or grab a download over at Bandcamp.