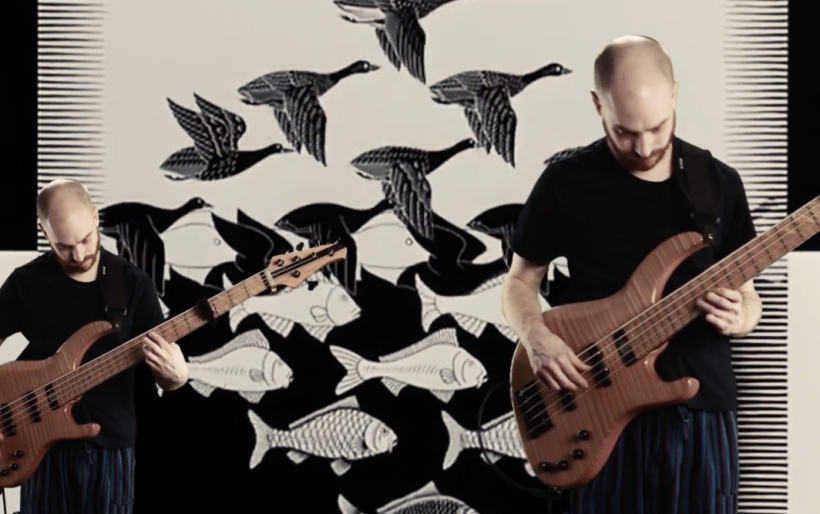 As the name implies, Cooper relies on a looper to create his music, combining his talents on the bass with the device with results that sound like elaborate production or the work of a full band all by himself. His upcoming EP Pajama Jams Vol. 1 will come with a live video for each song on the project, giving listeners a view of the solo artistry that comprises Coop A Loop.

Cooper spoke to The Key about the project over email, saying:

“The songs were filmed and recorded in front of a green screen, and in collaboration with local professional filmmaker Will Drinker, we have created a video album with beautiful visuals and special effects that really bring the songs to life. All of the songs on this project were written in 2020 during the pandemic, so it is a very special collection of music that goes through the many different emotions that were felt throughout a very tumultuous year.”

“Black Squirrel” is the first single and music video released off of the project, which shows Cooper plucking a funky synth tune with entrancing visuals behind him. Until the EP’s full release on May 21st, a new video will premiere every two weeks. Check out its first installment “Black Squirrel” below.