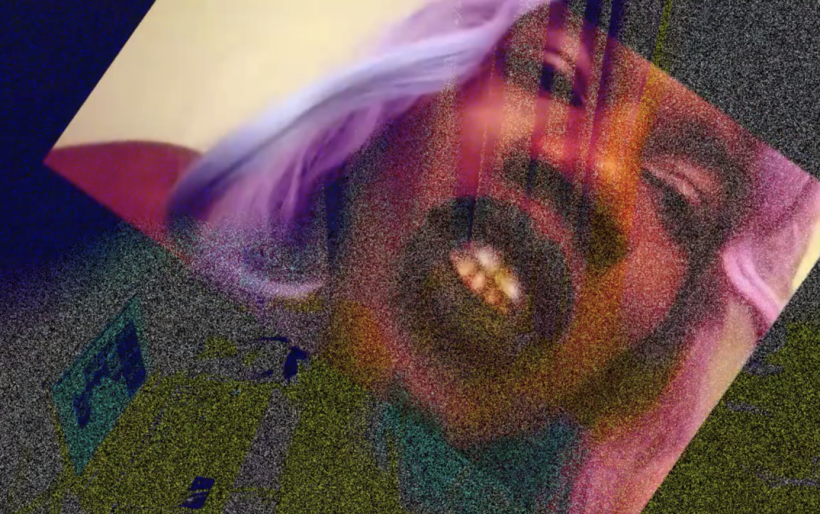 After introducing listeners to Ishtar Sr. over the past couple years through singles and EPs, Philly artist Savan DePaul will give their alter-ego the biggest showing to date on Divine Ecdysis, a full-length album coming out May 21st on vinyl, cassette, and digital editions through activism-driven indie label Grimalkin Records.

We got a taste of the album last month, when the single “Technomancers” dropped. Writing about it in our Bandcamp Friday roundup, I called the song “surreal, serene, and somewhat certain to get you on your feet.”

“Was it the stress of street mandem?
Was it the ”fuck the police” anthems-anthems?
Was it life starting to seep anger?
Either way the image was corrupted
And then y’all sit wishing we could save him
Survivor’s guilt sinking through the brain stem
Descended to caged rat from made men”

The artist’s Bandcamp calls the song “a reflection on snitch infiltration” and pairs it with a kaleidoscopic video centered around tight shots of Ishtar Sr. singing as colors phase and tones invert to and fro, wrapping on a gripping coda with Ishtar singing “don’t let a cis man catch you slipping” over and over.

Watch below, and grab a pre-order of Divine Ecdysis at Bandcamp; proceeds from cassette sales go to Philly’s Project SAFE, described as a organization focusing on “mutual-aid based harm reduction for women, queer, and trans people involved in the street economies of Philly. Kensington based/sex worker focused.”