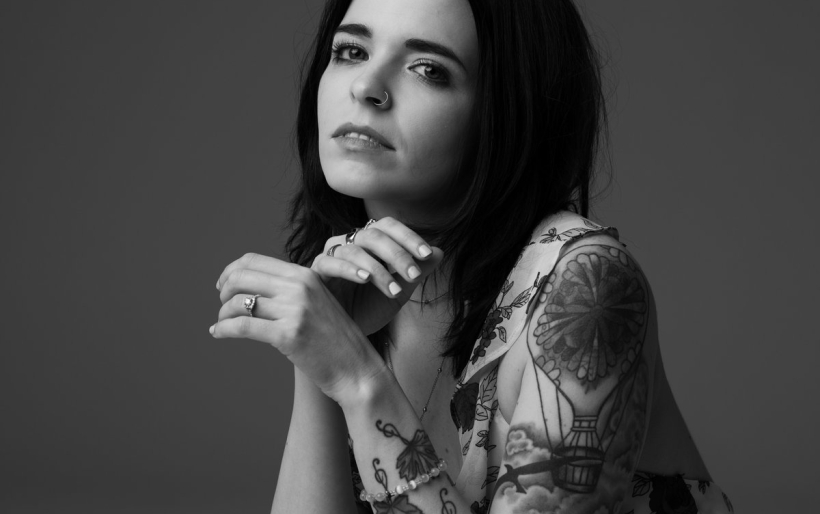 After almost two decades in the Philadelphia music scene — going back to the shows she’d play with family members at a young age — singer-songwriter Erin Fox shows no sign of slowing down. Today, Fox released her latest album, Fuzzy Logic, further expanding on the jazz-infused indie pop sound she introduced on 2018’s Forbidden Youth.

Born in a bedroom, Fuzzy Logic was recorded three times before Fox felt it was finished. Introspective and poetic, it is the product of sheer vulnerability. She weaves themes of loss, insecurity, and honesty into lyrics that captivate your heart and command your attention. The gentle acoustics and dulcet vocals leave you feeling dazed and dreamy.

The ethereal haze she creates gives her the space to reflect on the lack of communication and understanding between people. “Everyone has their own versions of reality. The truth is always lost somewhere in between,” Fox writes on Bandcamp.

The first single, “Pictures,” was released in the fall, and captures the strange feeling of completely losing touch. Flipping through old photos, she finds herself unable to recognize any of the faces. Feeling distant, not nostalgic, her disassociative lyrics float above bouncy riffs and bright percussion.

Fox performed an acoustic version of “Pictures,” along with a few other tracks from the album on WXPN’s Unprecedented Sessions this winter. You can check out the session here, and order Fuzzy Logicat Bandcamp.