Hurry's fourth album Fake Ideas comes out next month on Lame-O; watch a Chris Farren-directed video for "It's Dangerous" - WXPN 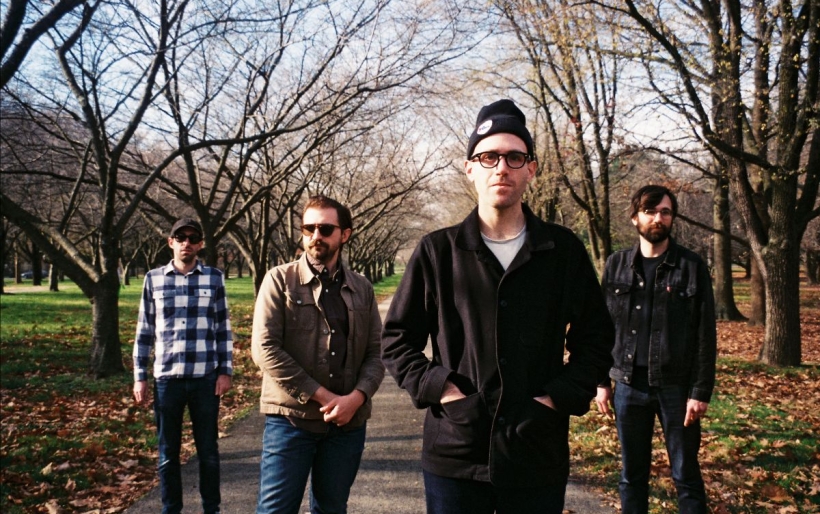 Hurry | photo by Megan Wilson | courtesy of the artist

Philly indie pop faves Hurry expanded from a power trio to a four-piece just before the pandemic — they played the final show at the Everybody Hits batting cages with guitarist Justin Fox, and it sounded stellar — and some 15 months later are ready to show off what that means in recorded form.

Today, Hurry announced their forthcoming fourth LP, Fake Ideas, out June 25th on Lame-O Records. The album is paired with an art book / zine featuring interviews between frontperson and songwriter Matt Scottoline and various folks involved in the making of the album, from Hop Along’s Frances Quinlan — whose impressionistic artwork adorns the front cover — to engineer Mike Bardzik, who worked on Fake Problems with the band at Noisy Little Critter studios in Thorndale, where they also recorded their 2018 LP Every Little Thought.

Hurry’s music has historically paired incredibly catchy fuzz guitar pop with vulnerable lyricism from Scottoline addressing love and affection, neuroses and anxiety…or all of those things at once, as we hear in the new album’s opening single “It’s Dangerous.” The song sets up the Fake Ideas to continue that balance, also heard in action on “(Sometimes I’m About It, And) Sometimes I’m Not There)” — check it out in acoustic format in Hurry’s Public Radio Music Day performance for WXPN last year. And to add some classic Hurry levity, watch the ridiculous live-action / animation music video for “It’s Dangerous” by Chris Farren, which finds the band on a celebratory post-COVID tour that’s interrupted by interstellar explorers.

Grab a pre-order of Fake Ideasat Hurry’s Bandcamp page, and check out the cover art and track listing below.