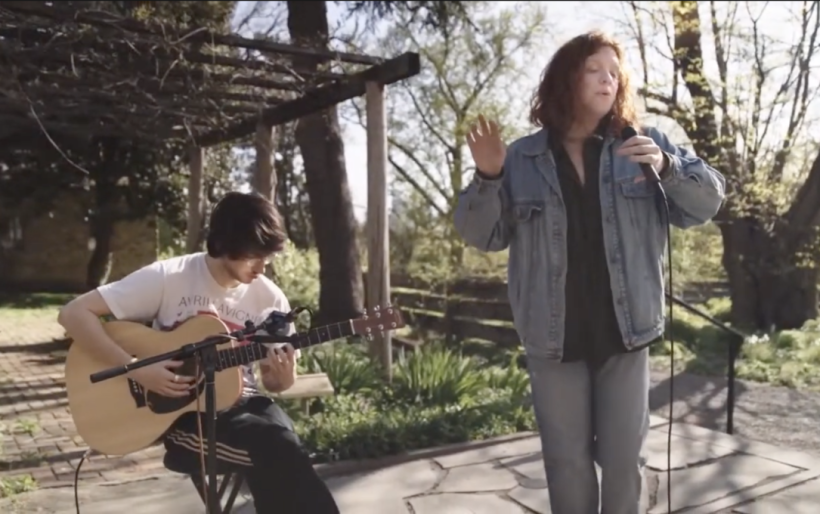 The event was hosted by REC Philly’s Scarlet Estelle Hernandez who spoke about the Bartram’s Garden internship program:

The live stream is named after Rubber’s latest single of the same name, which they said via Instagram was a “little experiment with hyperpop aesthetics.” They spoke about the inspiration behind the song and how it related to the event’s goal of raising awareness for climate change initiatives:

“Root Rot is a problem you run into when you have a lot of houseplants. It’s a problem that you can’t really see on the surface but if you let it go for too long it kills the whole plant, and that really translates to one’s own mental health, but in the same vein, it translates to climate change, because we’ve been doing things to our Earth that we can’t immediately see the results of but if you let it go for too long it can be absolutely detrimental to the human race. So it was really natural for this song to result in something that was climate-focused and community-focused, and it was incredibly natural also to do it here at Bartram’s because organizations like Bartram’s Garden are on the frontlines fighting against climate change, especially against biodiversity loss. Community gardens are the real frontline fighters there.”

The April 23 event is available to watch back on YouTube and features live sets from Rubber as well GentleJawns — the production duo of songwriters Joie Kathos and Jacqueline Constance — and singer-songwriter Dante Robinson. It also featured panel discussions and informative dialogue regarding climate justice and the Philadelphia community organizations that are contributing toward advocacy for the cause.

You can watch the show below and donate to Bartram’s Garden here.