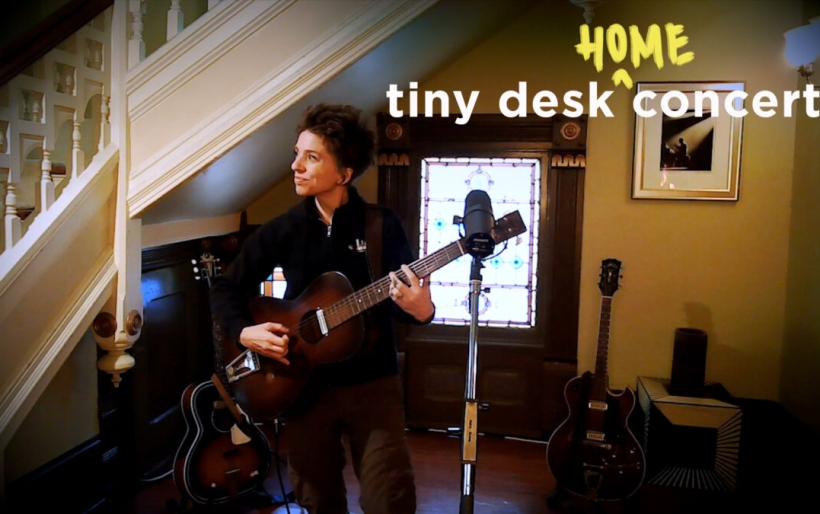 Ani DiFranco brought her own not-so-tiny desk to her NPR Tiny Desk (Home) Concert filming. The antique piece, which belonged to her great-grandfather, is set up in the hallway of Big Blue, DiFranco’s New Orleans home and studio where she filmed and recorded her solo set as a one-woman team.

With the release of her latest album, Revolutionary Love, earlier this year, DiFranco’s discography is now 22 albums deep. For the (home) concert, she played the title track off the new record, a song she says explores what it means “to forgive but not forget,” as well as two throwbacks from the 90s albums Not a Pretty Girl and Up Up Up Up Up Up.